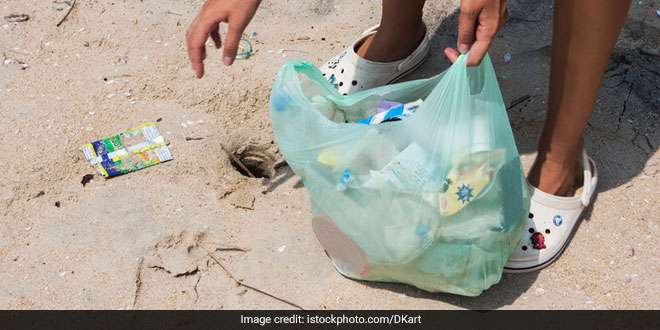 Panaji: Taking a leaf out of a now-defunct police vigilante app, the municipal council of Margao town in South Goa on Wednesday launched a scheme to pay Rs 1,000 to the citizens who report illegal dumping of garbage through a photo or video tip via Whatsapp. Margao Municipal Council Chief Officer Siddhivinayak Naik told reporters at a press conference held in Margao, located 35 km from Panaji,

We will give the informant Rs 1,000 for reporting a violation by sending a photo or video to the special phone number, 8390208406, set up by the municipality. The person who is illegally dumping garbage will be fined Rs 5, 000.

With a population of nearly a lakh, Margao, often referred to as the commercial capital of Goa, has been facing with a garbage disposal crisis. It was accentuated after a garbage dump at Sonsodo on the outskirts of the town caught fire some weeks back.

There is currently a standoff between the private entity which outsourced the task of garbage handling at the dumpsite and the civic authorities, with the former blaming the latter for not enforcing the ‘garbage segregation at source’ principles. Mr. Naik claimed that the municipal council’s ‘Garbage Sentinel Scheme’ would help deter people from littering the city.

He said that photos of the person dumping garbage illegally would also be uploaded to the municipal council’s social media accounts on Instagram and Facebook as a deterrent. Mr. Naik said,

We will also rope in the police for enforcement purposes.

A similar ‘sentinel’ scheme was launched by the Goa Police last year, but was temporarily abandoned after initial success, after mob targeted police sentinels – alert civilians arm registered with the app – who uploaded video of their violations to the official police app.