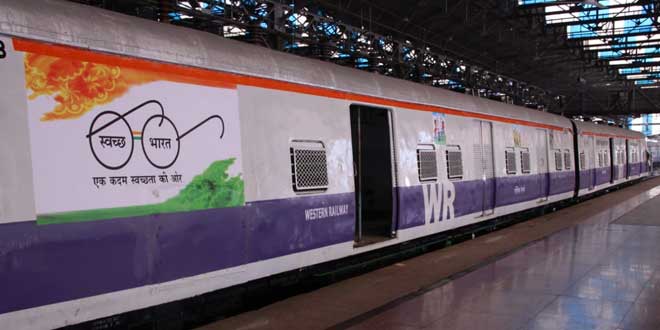 Mumbai: For a Mumbaikar who commutes by train daily, especially in the wee hours of the morning, it is not surprising for him/her to spot people defecating or urinating along the railway tracks. Plastic bottles, fruit peels, chips packets and polythene make up for another sore sight on the tracks. Result: An unclean route and tonnes of garbage lying unattended. To tackle this problem, the Western Railway (WR) has launched an improved version of old Muck trains to lift the waste daily. On January 28, WR spokesperson Ravinder Bhakar announced that the WR has modified a 25-year-old train with four-coaches. 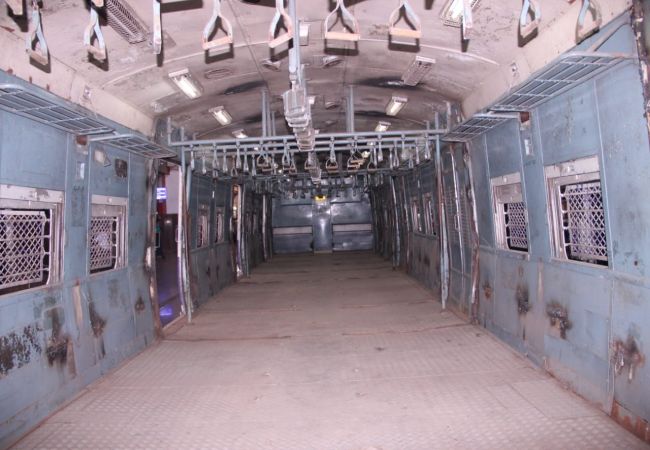 Inside of the Muck Train

The garbage dumped along the tracks not only defaces the railways but also clogs the drainage lines, which ultimately leads to water-logging on tracks during monsoon and the Muck Train will help in addressing both the issues. Garbage disposal on tracks also has serious health implications like respiratory diseases as contaminants are absorbed from lungs into other parts of the body. It can also cause headaches and eye irritation.

This not the first time a Muck train is being run by the WR. The concept was introduced a few years ago to avoid water clogging during monsoons. However, the trains didn’t run daily. It was only in June last year when the railway authorities started daily operations after seeing the success of such trains in the fiscal year 2017-18. During that year the WR Muck trains running from Virar to Churchgate collected 75,000 cubic metres of garbage. In the next financial year 2018-19, it collected 82,000 cubic metres which is approximately 40 lakh of muck bags, confirmed Mr Bhakar.

Besides, the new train is modified from Electric Multiple Unit (EMU) meaning that it will use electricity as the motive power. Unlike the previous Muck trains, which were open, this train has roof and doors thus making it healthier.

The old Muck trains have no roof and thus it raised a lot of stench. Besides, garbage was being carried through all the stations openly which is not healthy. Insects, mosquitoes and flies are often attracted to the waste. Since, the trains were open, garbage would fall on the trains in case of overflows. These problems will be eliminated by the new train considering it is closed,

The rake will also save the time of the cleaning teams as there will be no need to reverse the locomotive on either end, as the muck special train could be easily operated in any direction through motor coaches on both ends to change the direction. The special trains will operate on a daily basis between 2 AM to 4 AM when the passenger trains are shut, he further adds.

In the video, the Muck train halts at every station through the excavator machines, the muck or liquid waste is lifted and dropped in the train. Meanwhile, the railway staff collects dry waste like plastic items and puts it in a sack. The sacks are then deposited in the train. While the dry garbage is sent to recycling facilities, the wet garbage is processed at the waste treatment plant at Deonar landfill.

Life Expectancy Of Indians Can Go Up By Over A Year If Air Quality Improves By 25 Per Cent, Finds A Study

800 National Cadets Corps Champion The Cause Of Menstrual Hygiene