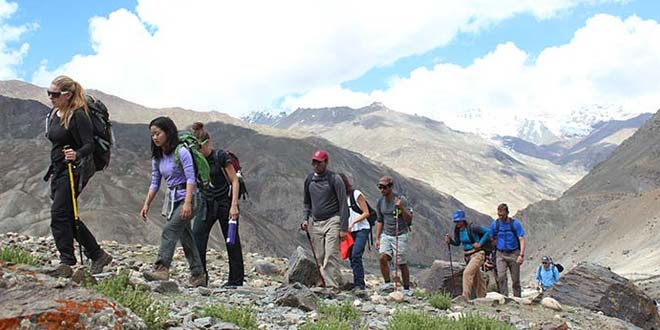 New Delhi: A picturesque rugged yet pristine landscape is what most people expect when they visit the Himalayas. This may have been true at some point; however, the ever-increasing tourist footfall combined with inadequate waste collection and management systems means that these pristine trails and camps are now dotted with cans, packets and other trash that has accumulated over the years. In an effort to draw attention to this problem and try cleaning up some of these tourist hotspots, Indian Mountaineering Foundation (IMF), which is the apex national body that organises high altitude treks in the Himalayas, will conduct four expeditions to take the swachh mantra to the Himalayas.

“The idea is to target areas which attract a lot of tourism or those which are becoming increasingly popular. Not only do we want to try cleaning up some of the trash which has accumulated here but also empower and equip the locals who reside here to keep these places clean,” Colonel HS Chauhan, President, IMF tells NDTV.

The expeditions will start in the second half of May will run through the second week of June and around six to eight mountaineers will be participating in each expedition. 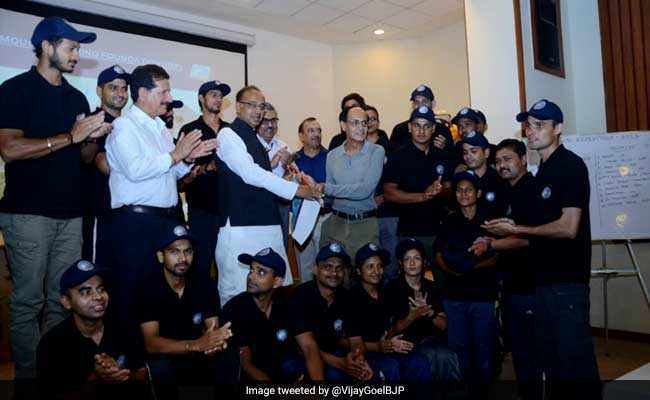 Mountaineers who will be a part of the expeditions

The first expedition will go to Chandanwadi in Kashmir which is also the starting point of the Amarnath Yatra which draws around 1.5 lakh to 2 lakh pilgrims every year, resulting in the accumulation of a lot of litter. The other expeditions will go to Triund in Himachal Pradesh, Yamunotri in Uttarakhand and Anini in Arunachal Pradesh which are also tourist favourites.

“Our main aim is to create awareness—draw attention to the mounting problem of litter in these areas, create awareness among local communities on why they need to help keep the places clean. The problem is that tourists come these places for a good time and do not bother about the litter they are leaving behind. They don’t realise that there is no one to clean it up and the terrain makes cleaning even tougher,” Colonel HS Chauhan says.

A Mounting Problem in The Mountains

Mounting waste on the mountain trails is a growing problem around the world. This, according to the United Nations Environment Programme (UNEP), can have an adverse impact on the fragile mountain ecosystem.

To put things in perspective, a group of trekkers from Indiahikes actually managed to find and collect a whopping 2,130 kilograms of waste along a 42 kilometer-long trail in Uttarakhand’s Roopkund over the course of 2 months in 2016.

Another major problem on these mountains is that facilities to effectively manage the solid waste that accumulates are grossly inadequate. For instance, Triund (which is also one of the destinations the IMF’s Swachh Himalayas Mission is targeting) does not have any way of recycling the solid waste discarded by the thousands of tourists who visit every year. The waste, instead, needs to be sent to a plant in neighbouring Punjab to be recycled.

Apart from cleaning up all of this trash, the members of the IMF expedition teams will also be holding two day long interactive sessions with the local panchayats to create awareness about sanitation and personal hygiene.

Flagged off the #SwachhHimalayaMission???? by Indian Mountaineering Foundation & addressed young "eco-warriors" who will undertake this mission pic.twitter.com/9Qgpn9yYET

The expeditions were announced and flagged off by Union Minister of Youth Affairs and Sports Vijay Goel on May 9 at an IMF event in the Capital.

These expeditions are funded by ONGC under its Corporate Social Responsibility programme.