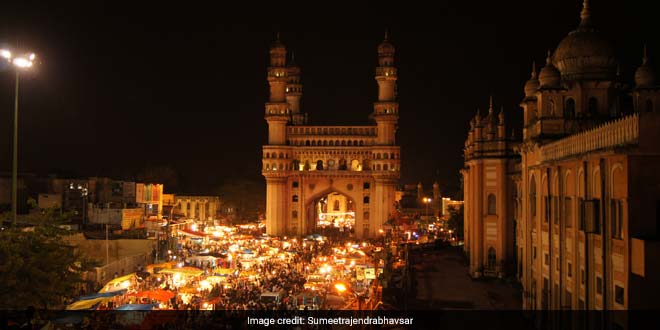 New Delhi: These may draw tourists and pilgrims by the lakhs, but the cleanliness and basic amenities often remain ignored at some of India’s heritage and spiritual places. To remedy this, the Ministry of Drinking Water and Sanitation has announced special clean-up drives for ten such places which include Hyderabad’s Char Minar, the Somnath Temple and the Yamunotri and Gangotri temples. This will be the second phase of the Swachh Bharat Mission’s Swachh Iconic Places (SIP) initiative which was first announced in June 2016.

According to a government release, these 10 places “are to be brought to a higher standard of swachhta and visitors’ amenities”. These plans will be implemented by the concerned local bodies and partnering Public Sector Undertakings (PSUs), says the Ministry of Sanitation and Drinking Water.

#SwachhBharatMission has announced 10 new Iconic places to be taken under the Phase II of Swachh Iconic Places initiative. pic.twitter.com/lAQBQMhxxo

— Swachh Bharat I #AzadiKaAmritMahotsav (@swachhbharat) May 11, 2017

The decision to include these places and roll out the second phase of the initiative was taken at a quarterly review meeting presided by Union Minister for Drinking Water and Sanitation Narendra Singh Tomar on April 25 at the Mata Vaishno Devi Shrine in Katra, Jammu and Kashmir.

The Swachh Iconic Places initiative’s ultimate aim is to clean-up and improve amenities in 100 iconic heritage, spiritual and cultural places across the country.

Here is the complete list of the places that have been included in the second phase:

Related Topics:
Ministry of Drinking Water and Sanitation Swachh Bharat Abhiyan
Up Next

Swachh Bharat Mission To Take A Trip To The Himalayas