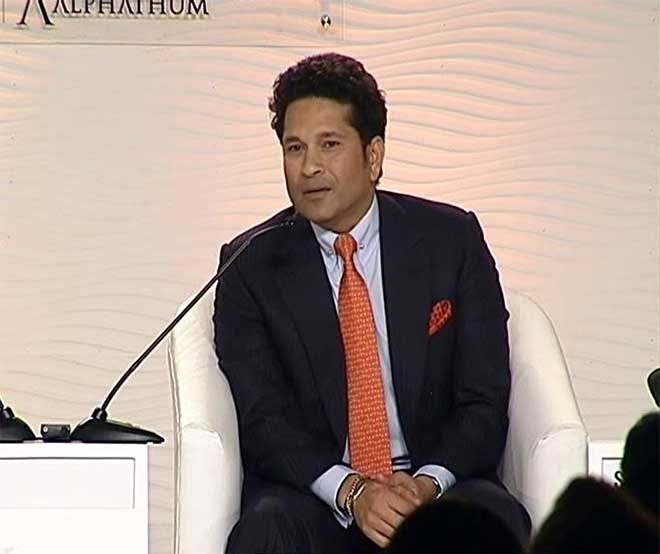 New Delhi: Cricket legend Sachin Tendulkar urged Indians to take their health seriously and focus on fitness. Speaking to NDTV’s Nikhil Naz at Hindustan Times Leadership Summit, he emphasised on the importance of a healthy nation by underlining the role of Swachh Bharat Abhiyan, and why every Indian should take the clean India movement seriously. Mr Tendulkar, is one of the nine celebrities nominated by Prime Minister Narendra Modi to spread awareness about cleanliness when the Swachh Bharat Abhiyan was launched on October 2 to mark the 145th birth anniversary of Mahatma Gandhi.

“Swachh Bharat and Swasth Bharat go hand in hand, they are interlinked and that’s where I want my India to focus on,” said Mr Tendulkar.

He further added, “There are almost hundreds of thousands of children who die below the age of five every year, because of diarrhea related diseases in India alone. Sometimes even a mother doesn’t realise that she is harming her kid by not following basic hygiene rules. So just by washing hands if we can save so many lives then why not give it a shot. This is the effort we all need to make for ‘swachh india’ and that’s why I am supporting the ‘Clean India’ initiative.”

He also expressed his happiness over the transformation of Puttamraju Kandrika, a village adopted by him in Nellore district of Andhra Pradesh.

“I am satisfied with the complete transformation of the village. When I first went to that village there was nothing at all and now the village is declared open defecation free with proper sewage system, there is a playground as well for children,” said Sachin Tendulkar.

He stressed on the need for united efforts by all, to make the government’s Swachh Bharat initiative a huge success and added that the campaign can only move forward with more participation.

Kiran Bedi Pedals Through Puducherry To Check On Cleanliness