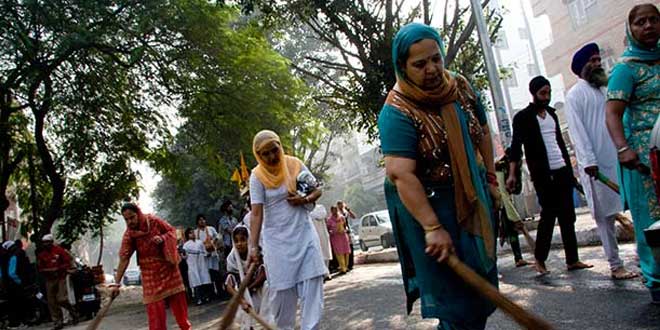 New Delhi: The results for Swachh Survekshan 2018 have been announced and Indore in Madhya Pradesh has retained its title of being India’s cleanest city. The results were announced by Hardeep Singh Puri, Union Minister for Housing and Urban Affairs. Swachh Survekshan 2018, which was the first pan Indian exercise to assess cleanliness in urban India, surveyed 4,203 cities from January 4 to March 10, 2018. Bhopal has been ranked as India’s second cleanest city for two years in a row and Chandigarh was ranked as the third cleanest city, moving up from Rank 11 in 2017.

Looking at the way citizens of big winning cities had turned Swachhata into a Jan Andolan, I am not surprised at the results. Congratulations #Indore & #Bhopal for a repeat performance at #1&2. Well done #Chandigarh for coming in 3rd.
Others will surely try & catch up next year. pic.twitter.com/M8PMQRn1QI

Ghaziabad in Uttar Pradesh found a special mention as the fastest moving big city of the Swachh Survekshan 2018,  moving up to Rank 36 from the previous 351, in 2017.

Jharkhand has been declared the best performing state, followed by Maharashtra and Chhattisgarh, in this year’s Swachh Survekshan.

Jharkhand is the best-performing state in #SwachhSurvekshan2018

Among other highlights of the Swachh Survekshan 2018:

As a part of the Swachh Survekshan 2018, total marks for assessment was increased to 4,000, from 2,000 in last year’s survey. Category wise assessment of open defecation free (ODF) progress, collection and transportation of solid waste and processing of solid waste saw their respective weightages being increased in this year Swachh Survekshan. Similar to last year’s survey, the results for Swachh Survekshan 2018 involved data submitted by civic bodies on cleanliness and sanitation, as well as feedback from the citizens.

Swachh Survekshan 2018: Here Are The Indian Cities Fighting For The Top Rank