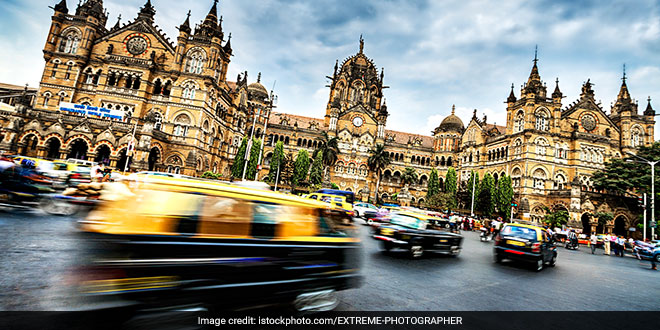 New Delhi: Maharashtra, the third-largest state in India with a population of about 12 crores ( 2011 census), which is reeling under the COVID crisis for last few months had some news to cheer about. Out of the 391 Urban Local Bodies (ULB) of the state that were covered under the Swachh Survekshan 2020, 20 were ranked in the top 25 cleanest urban local bodies with a population of more than a lakh, making it the second-cleanest state in the country after Chhattisgarh.

Maharashtra, which was in the third place last year, also managed to bag the most number of awards in the cleanliness survey, as compared to any other state. Navi Mumbai improved its performance from last year’s seventh position to become the third-cleanest city in the country.

Furthermore, three towns of Maharashtra- Karad, Saswad and Lonavala – have respectively bagged the top three positions in India, in cities with the population of less than 1 lakh; while 17 other towns of the state were in the top 30 cities list.

An official from Maharashtra’s Urban Development department told NDTV that this year was state’s ‘hat-trick’ of securing most awards for the third year in a row.

In the 12 national categories, Maharashtra has got four awards, the most by a state. In the 100 Atal Mission for Rejuvenation and Urban Transformation (Amrut) Cities list, 31 cities from Maharashtra have featured in the rankings as well-performers. While in the big cities list, 20 cities and towns out of total 25 are from Maharashtra. It is a big achievement. Besides that, Maharashtra is the second cleanest state in India. This is a matter of immense pride for us. The entire state is now open defecation free since 2017; 216 ULBs are certified ODF+ and 116 ULBs are certified ODF++ as per the sanitation protocol of the MoHUA, he said.

Stepping up from state’s third place in 2019 to the second place, Maharashtra ensured the maintenance of the state and hygiene facilities across the state and paid specific attention to their waste management, the official from Urban Development Department told NDTV.

He further explained that the public toilets in the ODF ++ ULBs, have modern amenities like hand dryers, hand washes, sanitary napkin vending machines in addition to 24-hour running water supply, proper lighting infrastructure and cleanliness in these bathrooms is maintained throughout the day. As many as 300 ULBs have integrated 100 per cent of the informal waste pickers into the formal sector, the official said that this has helped in their improvement in ranking as compared to last year.

The ULBs in the state were categorised according to the size of the population and different strategies were used in each ULB to promote cleanliness on the basis of the demography. Out of the 391 ULBs, a total of 383 ULBs have uploaded their public toilets as ‘SBM Toilets’ on Google maps thus giving easy access to people for utilisation of public toilets. This was the standard practice as implemented last year but we scaled it up greatly this year which helped in the improvement of our rankings.

For all ULBs, waste collection and segregation was of major importance. This year, the official said, they ensured that all ULBs reduce waste in the landfills and clear the local dumping yards. He explained,

A big focus for us this year was waste management. Waste segregation was ensured on a bigger scale. Wet waste was converted into composts and the dry waste was managed by ‘Material Recording Centres’ where solid waste like plastic, metal, and paper waste collected gets segregate and supplied to various recycle units set up in the state.

He further said that this was also possible due to their constant communication with citizens and one-on-one grievance redressal for each feedback/ grievance received.

An official from Navi Mumbai Municipal Corporation told NDTV that their aim is to be number one in 2021. He said,

We are extremely proud of our administration and the citizens for their collective efforts towards a cleaner Navi Mumbai. We were not just aiming to beat other cities in a survey, but the aim of the authorities and citizens was to achieve cleanliness for their own well-being. I think if other cities too, with this mindset work towards sanitation and hygiene, it will make a huge difference. We are happy to reach the third rank from 7th but our next aim is to attain the first rank.

The official further added that they want to further strengthen their citizen-led initiatives and waste to wealth initiatives before the 2021 edition of the cleanliness survey.

The city of Chandrapur also made it in the same list as Navi Mumbai (cities with a population more than 1 lakh), securing the ninth spot. While, major cities of the state like Thane was ranked 31st, while Pune ranked 36th and Nagpur was 44th on the list.

An official from the fort town of Chandrapur’s Municipal Corporation told NDTV,

Last year we were at the 23rd position but this year we made it to the top ten list. The main focus for us was to control littering and garbage. We imposed a strict penalty of Rs. 300, if anyone was found littering or spitting. To ensure waste management, the city is creating compost of wet waste and using dry waste to make cement blocks. Furthermore, we also carried out mass campaigns for promoting waste segregation, reducing plastic waste and against public urination.

To help reduce public urination in the city, the official said that they ensured the toilets in the city are operational and clean 24X7 and accessible without any user fee.

The official also said that with the ninth position, he can see people of Chandrapur are motivated and want to climb further up the top ten list and keep their city clean. He added,

I’m sure the next time we will be in the top 5.

While the Mumbai municipality had also applied for a five-star rating under “Garbage-free cities (GFC)” certification, it received nil. An official from Brihanmumbai Municipal Corporation (BMC) blamed the poor rank on the failure of the city in this front. The official explained,

The star rating conditions are based on 25 parameters, further divided as mandatory, desirable and essential, including a plastic ban, waste processing, garbage-free water bodies and stormwater drains. We had applied for this rating, but we lost marks to the GFC certification. We had refused to charge a user fee for solid waste management services, which is one of the essential GFC parameters.

Cities are certified as garbage free based on parameters like door-to-door waste collection, waste management, on a scale of 1 to 7. Out of the 141 cities declared as garbage free by the Swachh Survekshan 2020, 77 were from Maharashtra.

Moving Ahead, Plans For Swachh Survekshan 2021

The Urban Development official tells NDTV that for the next year they aim IS to be the cleanest state in the country,

We now aim to become a landfill-free state and have started the process of cleaning its landfills and dumpsites. There are 32 ULBs which have already completed cleaning of the dumpsite and have zero landfill models in place. We are trying to implement this across all the ULBs to become the cleanest state by next year.

Maharashtra’s Urban Development department official said that next time, they want to focus on the cleanliness status of Mumbai, as it will help them reach the top.

The Swachh Survekshan ranks cities across the country in the categories of cleanliness and sanitation on four parameters— direct observations, citizen feedback, service-level progress and certification — with 1,500 marks allotted for each category. This year’s Swachh Survekshan results were announced by Minister of Housing and Urban Affairs, Hardeep Singh Puri, via a video conference on August 20.