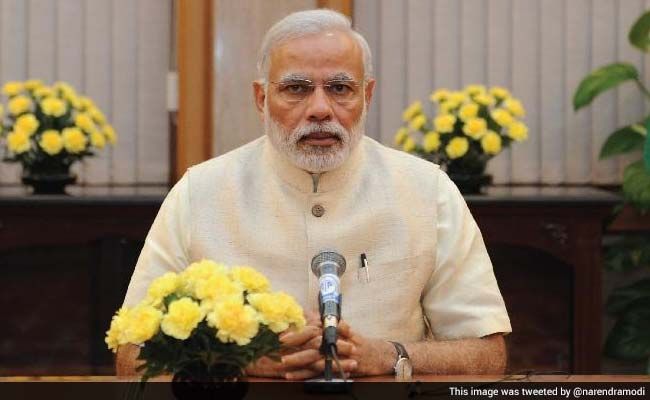 New Delhi: In the 39th edition and last Mann Ki Baat address of 2017, Prime Minister Narendra Modi highlighted that the efforts in the direction of cleanliness are being widely taken across the whole country and a swachh change is now visible in the form of public participation in rural and urban areas. PM Modi also announced the beginning of Swachh Survekshan 2018 from January 4 and added, “Cleanliness Survey 2018, the largest in the world, will be conducted from the 4th of January to 10th of March, 2018 to evaluate achievements in cleanliness level of our urban areas.”

Swachh Survekshan 2018 is said to cover a population of more than 40 crores in more than four thousand cities. The cities will be evaluated in terms of its open defecation free status, collection of garbage, transport facilities to lift garbage, processing of garbage using scientific methods, efforts to usher in behavioural changes, innovative steps taken for capacity building to maintain cleanliness and public participation in Swachh Bharat Abhiyan campaign.

Separate teams will go to different cities for inspection. They will talk to the people there and gather reactions. They will also analyse the use of the Cleanliness App in the area and will also observe whether cleanliness there has become a habit.

Stressing on the point that maintaining cleanliness is not government’s responsibility alone, PM Modi added,

It is not for the government alone to maintain cleanliness. Every citizen and people’s organisations have a big responsibility on their shoulders. And, I appeal to every citizen to actively participate in the Cleanliness Survey to be undertaken in the coming days. You all should take the full onus to ensure that your city should not lag behind in the Swachh Survekshan 2018.

Achieving the highest ranking must be your dream and you should put all your efforts in this direction. Make sure that you do not lag behind in the coming Cleanliness Survey. This should become the talking point in every city. I urge everyone to have a dream of – ‘Our city – our efforts’, ‘Our progress – country’s progress’. Let us all, once again remember Bapu and take a pledge to build a Clean India. We all should put in our best endeavours.

PM Modi also gave an example of successful implementation of Swachh Bharat Abhiyan, he talked about Sabrimala temple in Kerala where a police officer P. Vijayan started a voluntary campaign in order to create awareness on cleanliness. According to the tradition of swachhta, under the programme, the Sabrimala Temple yatra of devotees will remain incomplete if they do not contribute by performing some physical labour  in cleanliness programme.

Every morning, there is a uniquely pleasant scene of cleanliness here when all devotees join in the cleanliness drive. However big a celebrity be or however rich one might be or however high an official be – each one contributes as an ordinary devotee in this Punyan Poonkavanam programme and becomes a part of this cleanliness drive, signs off PM Modi.

To Combat Air Pollution, Offices Should Incentivise Those Who Use Cycles: Environment Minister