New Delhi: ‘If my actions can save someone’s life, I would like to do that forever,’ with this as her driving force, Monika Ijardar from Raigarh district of Chhattisgarh started her swachh journey at the age of 19 in 2014. Today, after four years, Monika has been successful in eradicating open defecation from 82 gram panchayats, 4 blocks and one district in Chhattisgarh. Moreover, she is known across India as a young swachhgrahi who has also been felicitated by Prime Minister Narendra Modi for her dedicated swachh efforts.

It all started when our Prime Minister Narendra Modi kick-started the swachh movement in 2014. During that time, Raigarh was teeming with swachh volunteers who had come to educate people about the Swachh Bharat Abhiyan. I was studying in college and was preparing for my first semester exams, but thought of attending one training session and know what the movement was all about is. Little did I knew, that it will become my life motto. 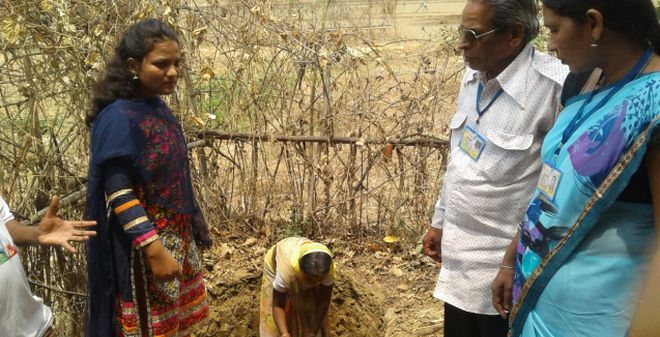 After my first training, I went ahead to attend more training sessions. During that, I came across instances that shook me to the core. I saw one old lady died in front of me – the reason of death was hunger. Soon, I realised she died because of a stomach infection because of which she couldn’t take any nutrients. The cause of stomach infection was unhygienic surroundings – the lady was bedridden and used the same place for sleeping, sitting, eating and even for defecating/urinating. I also heard of cases, where a child went to defecate in the open and was raped. That was the time, I decided, I will work day and night and try and save lives of as many people as I can.

With an aim to motivate people, Monika started going door-to-door and started educating people on the need of having a toilet at home. Moreover, she trained people on how to construct a low-cost toilet at home.

I tried motivating the women and girls of the house – with questions like ‘how can you showcase your private areas to public like that’, ‘why don’t you make a toilet, when you have an option, said Monika.

Other than this, Monika also used a religious approach in order to get people build toilets at home, she said,

I would tell them, you treat cow as a god, then how can you let it eat the dirt by going to defecate in the open. In a way, you are disrespecting the cow. 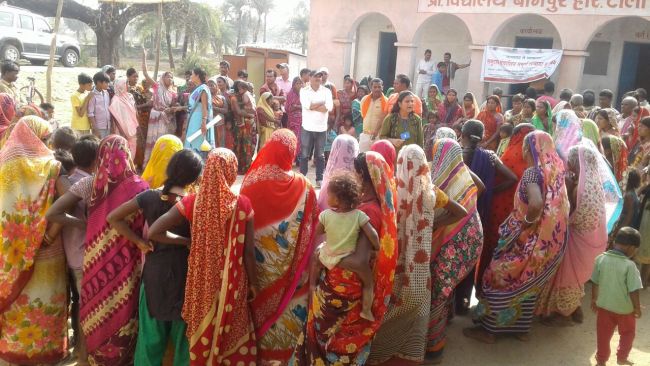 All these methods proved successful for Monika, within 15 days, her first block was declared open defecation free and then there was no looking back. Slowly and steadily, Monika started reaching out to more panchayats and blocks.

I have helped more than 1500 families, today they all are enjoying the benefits of having a toilet at home. I won’t stop my fight, today I have made Raigarh free from defecation, I will make sure more and more district get the benefit of a toilet, signs of Monika.

Because of Swachh Warriors like Monika, Chhattisgarh today is inching towards becoming an open defecation free state. The state’s rural sanitation coverage languished at 40 per cent back in 2014, today it has touched nearly 100 per cent due to the relentless efforts of district administrations and the local population. The aim is to declare the rural parts free from open defecation by October 2, 2018.

100 years ago, Gandhi started the Satyagraha movement. Following his footsteps to build a cleaner nation, our Swachhagrahi Monika from Chhattisgarh initiated an innovative use of CAS, that helped her make her village & 61 Gram Panchayats #ODF. #ChaloChamparan #चलो_चंपारण pic.twitter.com/hPV3n4zw9p

Rinku Kumari, A Swachhagrahi Who Helped Construct Over 2000 Toilets In Bihar For The Open Defecation Free Cause