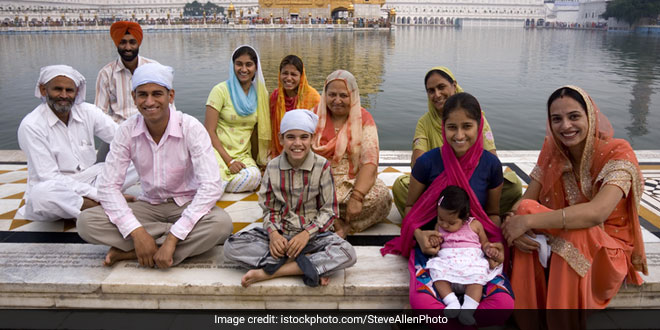 New Delhi: Known as the “Food Basket of India”, the state of Punjab is the largest contributor of wheat and rice in the central pool of the nation, as per the Department of Agriculture, Government of Punjab. Being dominated by agriculture, the state has about 11 lakh farmers out of its total population of almost 2.8 crore, as per the Population Census 2011. Out of the total population, about 63 per cent live in the rural areas. While the agriculture census of the state boasts of high production of nutritious crops like wheat, jowar and bajara and has abundant stock of fruits like kinnow, more than 50 per cent children and women in the state suffer from deficiency diseases like anaemia and problem of having poor weight for height, as per the fourth and latest National Family Health Survey (NFHS-4).

The government of Punjab has been running two major schemes to cater to the healthcare needs of children and mothers – Rashtriya Bal Swasthya Karyakram (RBSK) and Janani-Shishu Suraksha Karyakaram (JSSK) which provide free health screening to children from 0-18 years and free of cost deliveries at public hospitals respectively. However, in its second edition of evaluating the health index, the NITI (National Institution of Transforming India) Aayog reported a decrease in the rank of the State from second in 2018 to fifth in 2019.

Also Read: Coronavirus: ‘Flu Corners’ To Be Set Up In Hospitals In Punjab

Here is a look at are some of the major health indicators of Punjab: 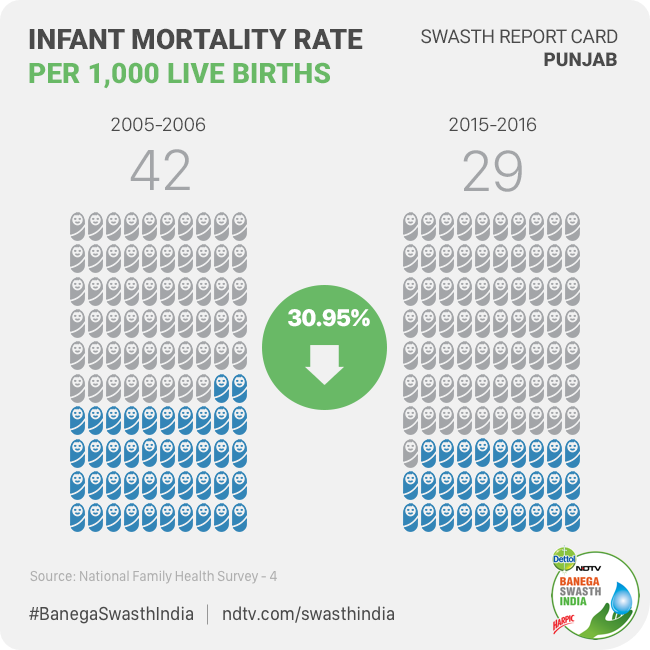 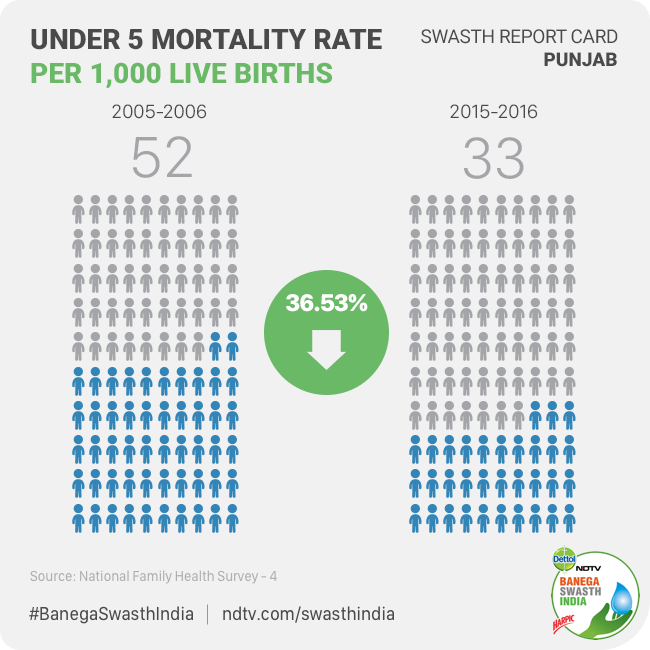 On the U5CMR parameter as well, Punjab is performing better than the national average 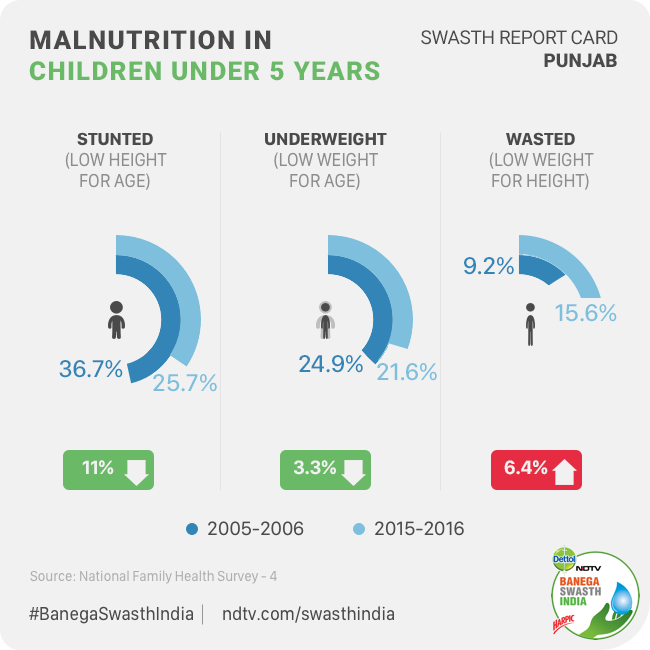 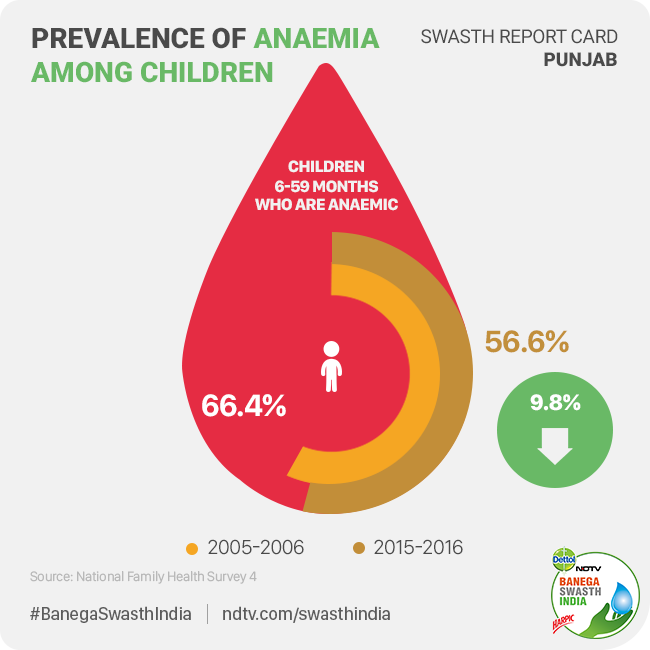 Anaemia among children in Punjab 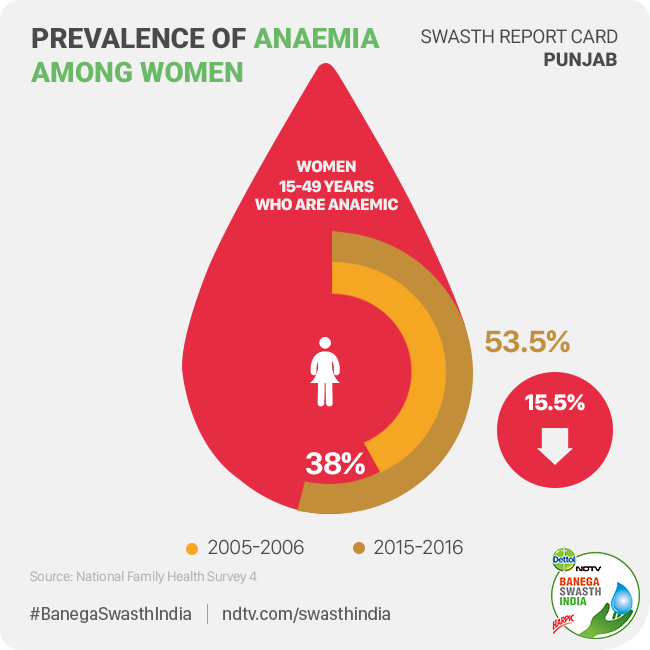 Anaemia among women in Punjab

Problem of Diarrhoea in Punjab

Amid Shortage Of Masks In Market, Indore Central Jail Inmates Are Doing Their Bit To Combat COVID-19