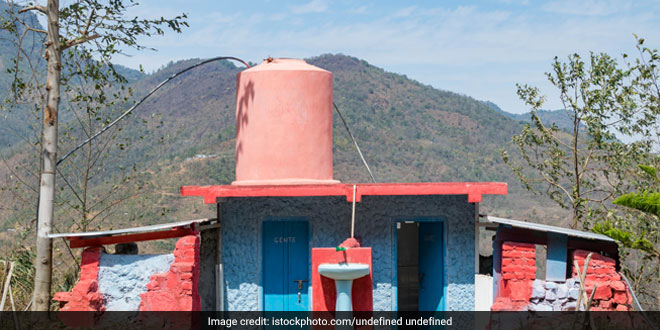 New Delhi: Prime Minister Narendra Modi announced that rural India has declared itself open defecation free, but in Sagar a noisy brawl between two families over urinating in the open allegedly triggered the killing of a year and half boy in Bagaspur village of Sagar district, whereas in Khandwa, Madhya Pradesh a young police constable Suraj Yadav was attacked by a man, after he stopped latter from urinating in the open.

According to Additional SP (ASP-Bina) Vikram Singh, two neighbours, Mohar Singh and Ram Singh who are already embroiled in a dispute over right to the common passage had a noisy brawl over Ram Singh’s eight-year-old younger son urinating near Mohar Singh’s house.

Mohar Singh objected to Ram Singh’s son urinating near his house, which triggered the altercation between the two neighbours. Soon Ram Singh was joined by his elder son Umesh who is aged around 20 years. Enraged over the brawl, the father-son duo attacked Mohar Singh with lathis, but Mohar Singh’s year and half son Bhawan Singh who was in father’s lap sustained injuries along with father in the attack, said ASP-Bina.

Despite being in injured state, Mohar Singh rushed with injured son to the police outpost from where they were rushed to the hospital, where doctors pronounced the minor dead on arrival.

Acting in the matter, the police arrested both Ram Singh and his son Umesh and have booked them murder, said Mr. Singh.

In Khandwa a young police constable Suraj Yadav who is posted at Traffic police station stopped a man from urinating in the open, but the man later attacked the constable with stones, resulting in head injury to the constable. He has subsequently been hospitalized.

A case has been registered in the matter and investigations are underway, SP of Khandwa district Shiv Dayal said

These shocking incident happened just six days after two Dalit children, including a 12-year-old girl and 11-year-old boy (both close relatives) were beaten to death allegedly by Hakim Singh Yadav and Rameshwar Yadav for defecating in the open in Shivpuri district on September 25 early morning.

Doing Away With Single-Use Plastic By 2022 Will Be “Clean India Mission Part 2”, Says Environment Minister