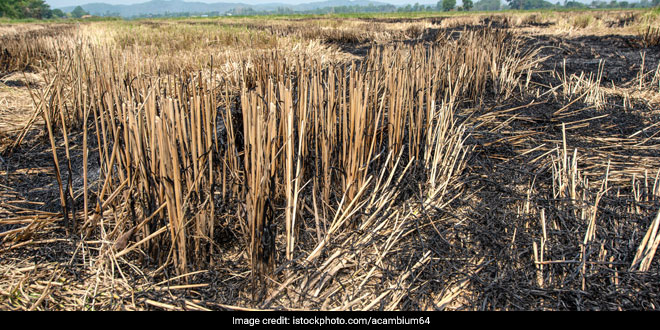 New Delhi: What if all the paddy stubble that is causing Delhi’s air to turn so toxic due to burning is turned to something useful instead? Sweden is showing the way to turn the troublesome stubble into green coal or energy pellets that can be used as fuel instead. On Monday (November 25), Prime Minister Narendra Modi and visiting Swedish King Carl XVI Gustaf would through pressing of a button officially launch a pilot project in Mohali, Punjab, to produce green coal with paddy straw, with the collaboration of Swedish firm Bioendev.

In January this year, National Agri-Food Biotechnology Institute (NABI), in Mohali, signed a Memorandum of Understanding (MoU) with Bioendev AB, Sweden, to set up the pilot project.

The government of India and Bioendev AB are in a 50-50 collaboration on the project.

The Swedish firm, which specialises in turning forest waste into energy pellets, has “fine-tuned” its process to make it suitable for paddy and wheat straw, Swedish Ambassador Klas Molin told IANS.

A huge plant has been set up in Mohali to convert paddy straw into the energy pellets, said the envoy.

The plant uses the process of torrefaction – a thermal process to convert biomass into a coal-like material. The green coal leaves no carbon footprint.

According to Bioendev’s website, energy from 35 million tons paddy is wasted every year in India. It can be converted to bio coal and replace 21 million tons of fossil coal a year.

This would work out to 48 million tons of carbon dioxide equivalent reduction, or equivalent to Green House Gas emissions from 10.2 million Indian cars.

According to the website, the Bioendev process of turning biomass – in this case stubble — into green coal offers an effective alternative to fossil fuels like coal, and helps to significantly reduce the carbon footprint.

Swedish major Ikea, the world’s largest furniture retailer, has been collecting paddy stubble from farmers in Punjab and working on ways to turn it into attractive home decor.

The stubble is mixed with textile material through a process. The end products, in blue and white, would be exhibited on Tuesday at a function in the Habitat centre to be graced by the Swedish Royal couple King Carl XVI Gustaf and Queen Silvia.

Ikea has been working with farmers in Punjab for the past two years on this project, said the envoy Molin.

The spike in air pollution in Delhi is mainly due to the burning of rice stubble and straw in the fields of Punjab and Haryana after the kharif crop is harvested.

In order to plant the rabi crop in October, farmers clear their fields in a hurry, and stubble and straw burning is the fastest and cheapest way to do it, with other options being unaffordable.

The smoke from the burning stubble blows into neighbouring Delhi, and combined with the pollution from vehicles, causes heavy smog.

The Swedish royals are visiting India from December 2-6 at the invitation of President Ram Nath Kovind. They will travel to New Delhi, Mumbai and the state of Uttarakhand.