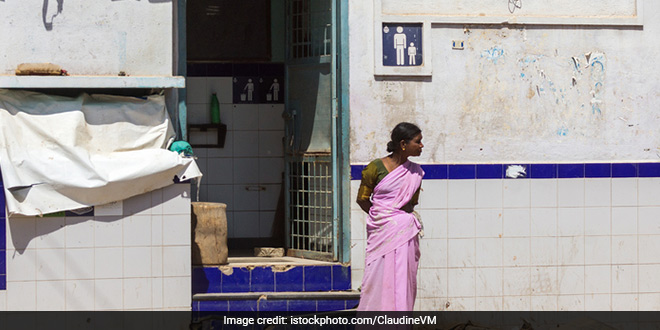 New Delhi: An architectural firm, Recyclebin, in Kerala’s capital city is on a mission to enhance the quality of public toilets. The firm has tied up with Thiruvananthapuram Municipal Corporation (TMC) to highlight the plight of city’s public toilets on the occasion of World Toilet Day this year. This mission of Recyclebin dates back to 2016, when three women from the firm studied the condition of public toilets in the neighbouring state of Tamil Nadu after the civic body approached them to design city’s public toilets. Ganga C Dileep who was a part of the toilet expedition says,

As for the first part, the firm is currently developing a ‘toilet literacy’ model that will aim to instill basic civic sense while using a toilet, “Instead of adopting the traditional route of ‘one for all’ we will design our programmes according to the sections of society. We plan to first target school children and teach them how to use a toilet in a healthy way by sending our awareness materials to all the schools. Then gradually we will move to the other sections,” says 30-year old Ganga, an urban architectural designer.

In the second leg, the architects will list out a set of guidelines to be followed while developing a public toilet, “These guidelines will cater to each section of our society – men, women, transgender, children, disables and so on. After it develops we plan to circulate it to other architectural firms and to the city corporation. We believe that these guidelines will help in having a uniform structure of toilets across the city,” adds Ganga.

As for their maintenance part, the firm again aims to develop a certain protocol which will help the civic corporation form a toilet culture, “Most of the public toilets’ maintenance is outsourced to private contractors who fail to maintain the basic standard of cleanliness. Certain Dos and Don’ts will certainly ease their task,” believes Ganga.

The firm, who is currently in the process of developing the aforementioned components of public toilets, will hold a toilet themed exhibition on November 19, the World Toilet Day in collaboration with the TMC at city’s famous Poojappura park. The exhibition which is titled, ‘Toilet Getaway’ will have a number of educative activities throughout the day. Some of them include a cultural performance on toilet, a toilet logo competition, toilet photography event, suggestions from people to develop toilet guidelines, etc. The event will also have a discussion cum debate on public toilets where people coming from different sections of society will participate. Organisation’s study on public toilets will also be displayed in the exhibition.

In a bid to involve citizens in the toilet improvement activity, the firm has developed an App in collaboration with the TMC which geo-tags public toilets. The App in future will also include a ranking feature where citizens will be able to give their feedback on a range of issues like safety, accessibility, hygiene and maintenance. At present, the app is in the testing stage in which 30 public toilets are being studied.

Every aspect of our firm towards improving the quality of public toilets is currently in its pilot stage. Through our toilet master plan we hope to bridge the gap between toilet access and usage in our already declared open defecation free city, concludes Ganga.