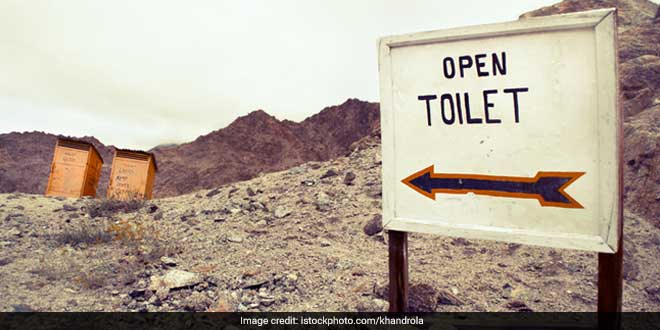 New Delhi: Access to clean toilets, water and a healthy lifestyle, the basic amenities of a dignified human life sadly remain a luxury for many across India even today, and for millions of people in developing countries across the world. On World Toilet Day 2017, sanitation continues to be a key development factor in India, and elsewhere in the world. A key factor for measuring the developing index of India, sanitation has witnessed vast improvement over the last few years, but still has much ground to cover before a majority of the population has access to sanitation facilities, even the basic ones.

On the occasion of World Toilet Day 2017, WaterAid released a report called ‘Out of Order – The State of the World’s Toilets 2017’ chronicling how developing countries around the world are performing in terms of sanitation and providing accessibility to toilets. The report also details how healthcare, especially that of women is impacted around the world due to lack of sanitation facilities.

The report duly acknowledges the contribution of the Swachh Bharat Abhiyan in improving the sanitation scenario in India. Between October 2014, the launch of the Abhiyan and November 2017, 5.3 crore toilets have been built in rural India. There has been a 26.1 per cent reduction in the number of people defecating in the open, between 2000 and 2015. In 2000, around 67.8 crore Indians defecated in the open. The number had come down to 52 crore 2015. Globally, India ranks sixth among the top ten nations where the number of people defecating in the open has come down.

Change, slow but steady is taking place in India’s sanitation scenario. Individual household toilets may remain the primary requirement, but as the Swachh Bharat guidelines suggest, sanitation needs to be prioritised at a public level and not just at homes. Toilets in schools and health centres are a must as women and children access these spaces and unhealthy sanitation situations for a major part of the day, resulting in diseases. Diarrhoea continues to be one of the leading reasons for child mortality in India, as approximately more than 60,000 children die of diarrhoeal diseases every year.

The improvement in India’s sanitation scenario is remarkable, if we take into consideration that even till 2014, the sanitation coverage was a mere 38.70 per cent. Of course there is a long way to go if open defecation is to be completely eradicated but the progress of building toilets and the involvement of various people at village, district and town levels to ensure that sanitation becomes accessible is making the movement a success, said Arun Baroka, Joint Secretary, Swachh Bharat Abhiyan Gramin.

World Toilet Day is observed to raise awareness on the importance and necessity of safe sanitation practices. India has made a global mark in improving its sanitation and in the coming days looks to rise up the ranks of countries which are successfully eliminating the problem of open defecation. The challenge ahead now is to ensure safe sanitation for the remainder of the population.

Taking A Step Ahead On World Toilet Day, Thiruvananthapuram Pledges To Improve Conditions Of Public Toilets