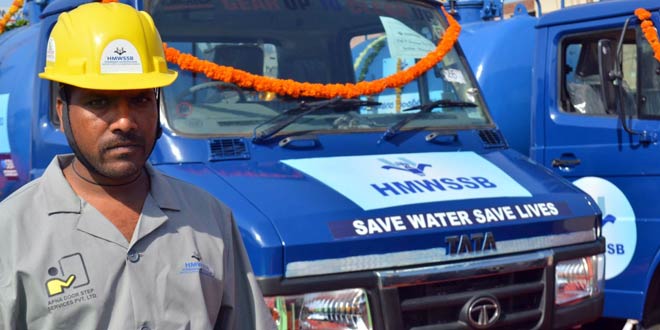 New Delhi: Manual Scavenging in India is banned and was made illegal in 1993, but the practice still continues. In a laudable move that can make a significant difference, the Telangana government has introduced 70 Mini Sewer Jetting Machines in Hyderabad to put an end to manual scavenging in the city. These mini sewer machines will make the process of cleaning the clogged sewage lines easier, unlike the conventional machines. This is the first of its kind initiative in India and is the joint effort of Hyderabad Metropolitan Water Supply and Sewage Board (HMWSSB) and Dalit Indian Chamber of Commerce and Industry (DICCI). The concept behind this initiative is simple to end the practice of manual scavenging and transform manual scavengers into entrepreneurs.

As a part of the program Swachh Telangana, State Minister for Municipal Administration and Urban Development K.T. Rama Rao launched these machines on the occasion of World Environment Day. 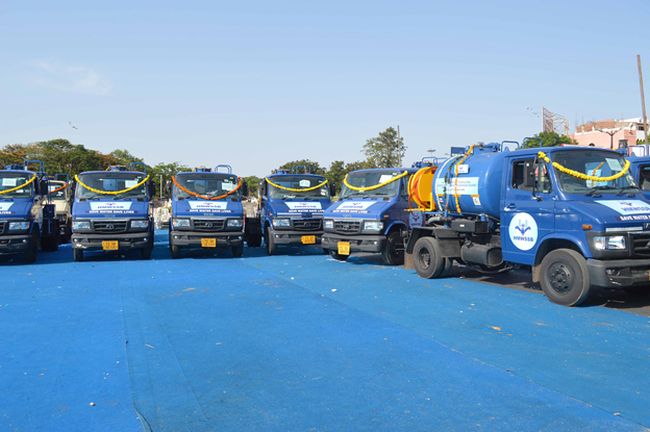 Speaking at the launch, Mr Rao, said, Improving the working and living conditions of scavengers have been the priority for the government.

He also added, “Manual Scavenging is the most dangerous thing. We should eliminate it totally from the state.”

Also Read: Will The Swachh Campaign Finally Tackle The Scourge Of Manual Scavenging?

The machines have been handed over to these ‘scavenger-labourers-turned-entrepreneurs,’now they are traversing the narrow gullies of the city in order to clear clogged drains and make the city Swachh.

In addition to this, for the first time in India, bacteria-free uniforms were also provided to these ‘sanitary soldiers’ who will be operating these jetting machines. 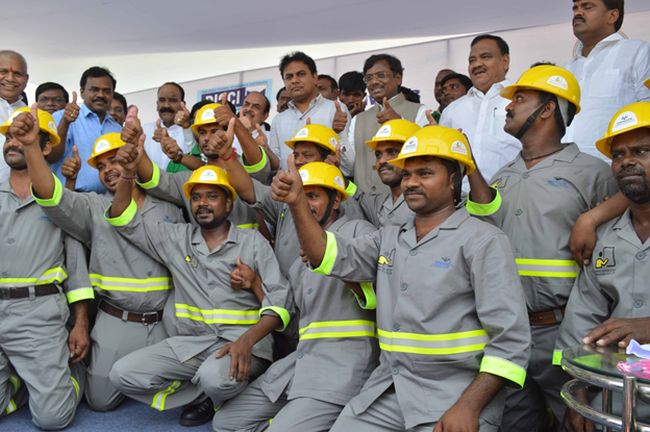 Meet the sanitary soldiers in their bacteria-free uniforms

Motive Behind This Swachh Endeavour

Speaking to NDTV, Ravi Kumar Narra, President DICCI South India explained, Scavenging is the highest paid job in the west, whereas it is the least paid job here in India. To eliminate manual scavenging and to provide dignity, we have taken this initiative.

By introducing these mini sewer jetting machines for the first time in India, Hyderabad has taken the initiative in the right direction, it’s now time for other cities and states to take the cue.