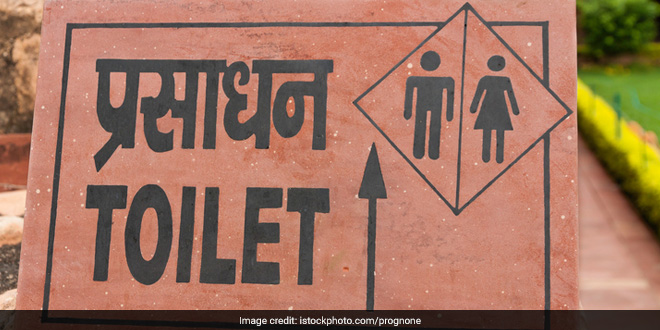 New Delhi: Cigarette butts, used napkins, plastic bags, wrappers of eatables, torn clothes, and other such discarded items of trash along with dirty floors and foul smell are usually  the hallmark of public toilets in India. Lack of proper maintenance of hygiene standards, mostly render the toilets unusable and then it leads to open defecation. So, despite the existence of and access to toilets on paper, the sanitation issues on ground remain unresolved. Condition of public toilets is no different in Maharashtra’s Open Defecation Free (ODF) city of Thane. In a bid to improve the sanitation quotient in community and public toilets and attain a high level of cleanliness standards, the Thane Municipal Corporation (TMC) Commissioner Sanjeev Jaiswal recently issued a directive asking all the municipal officials to undertake the responsibility of one toilet each.

As per this 3-pronged strategy initiative, every civic official of TMC will have to visit their respective adopted toilet twice a week and check the sanitation levels. Along with the regular monitoring exercise, the TMC officials will also have to ensure that by end of November all the 1,024 public and community toilets are equipped with sufficient water, power connection with lighting arrangement and proper sewerage discharge facility.

With the construction of 7,500 individual toilets the lake city was declared free from open defecation this year on March 31. Well aware of the fact that an ODF tag doesn’t guarantee that people won’t defecate in open, the civic body adopted a decentralised strategy.

Swachh Bharat Abhiyan is a continuous process. If our city is declared open defecation free, it doesn’t mean that people have completely stopped the practice of open defecation or won’t defecate in open in future. Our prime target is to build as many individual toilets as possible to reduce the burden on public toilets. However, due to floating population and slum pockets, community latrines are necessary. And inorder to ensure that these toilets are well-maintained, the corporation is executing a 3-staged plan.

As part of their strategy, the civic body has formed close to 650 ODF cells comprising members of local Self-Help Groups (SHGs), one municipal school and college student and a common citizen who has built a toilet despite several odds. These ODF cells will be given Rs 1,000 per month to maintain cleanliness in 215 slums of Thane.  These groups will have to discourage people from open defecation and create awareness on maintaining hygiene in public toilets.

The third part of the strategy involves installing polling machines in Thane’s public toilets to get a feedback from the people. The polling machine will have three buttons – red for dirty, yellow for ok and green for clean, for users to give feedback based on their experience.

It is challenging for the civic body to daily keep a track of 1,000 plus public toilets as many of the toilets are maintained by private contractors. We are hopeful that this community led approach will quicker implementation of the Clean India Mission, under which 100 per cent sanitation is to be ensured by the year 2019, adds Mr Joshi

Once all the polling booths are installed, the results will be evaluated by the corporation at the end of every month and depending on the condition of the toilets, necessary action will be taken.

Also Read: In A First In India, Thane In Maharashtra To Start Recycling Thermocol Waste

Women At The Forefront Of Swachh Bharat Abhiyan: Inspiring Stories Of Sanitation Revolution From Across India