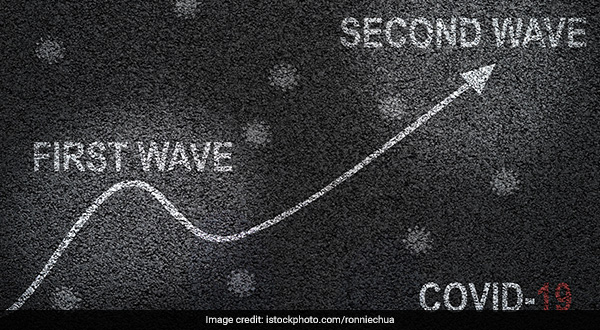 New Delhi: Healthcare experts have said that there may not be a second peak of COVID-19 in the country, and even if it occurs, it is unlikely to be as strong as the first one. The comments come as the country’s COVID-19 caseload surpassed the one crore mark, though the number of daily cases and daily fatalities have been continuously coming down. Noted virologist Dr Shahid Jameel said India’s curve for daily cases is on a downward slope since a peak in mid-September.

Also Read: COVID-19 New Cases Show A Decline, But Experts Warn Against Complacency As India Gears Up Vaccination In Phases

At this time, we are getting about 25,500 cases daily compared to over 93,000 cases per day in mid-September. I believe the worst is over. But there will be small peaks in the future just as we witnessed in late November, he said.

“I don’t think there would be a second peak as we have gone through the festive season (Dussehra to Diwali) and a state election without a significant jump. What is the reason for this? If we go by the second national serosurvey, likely cases were 16 times confirmed cases. By that factor, India would have 160 million cases now,” he told PTI.

It is possible that by now there are over 300-400 million infections in the country, Dr Jameel said.

By that token, we are seeing large parts of the population getting protected and breaking transmission of the virus, he said.

“Unexposed and susceptible people will continue to get infected. If immunity lasts a year or less, then we may have small peaks at regular intervals for the next few years. Good vaccine coverage will control this effectively,” he said.

When asked about a possible second peak of COVID-19, noted clinical scientist Dr Gagandeep Kang opined the transmission will not be as rapid as was seen the first time and the peak will not be as high.

I don’t think the exposure is enough to say that we have herd immunity and won’t need to worry about it again, but I think it is enough to ensure that we will have some level of protection so that the transmission will not be as rapid as was seen the first time and the peak will also be not as high, she said.

“The problem has not gone away it will not go away with herd immunity, but I don’t think necessarily we will see second higher peaks as has been seen in the West,” Dr Kang said.

Dr K K Agarwal, an eminent cardiologist, said there is still 30-40 percent population in India which has not been infected by COVID-19. He said India, Argentina and Poland are the three countries among the 15 nations having the highest number of COVID cases that are not showing a second peak.

By all probability, India may not have a second peak, and if the second peak comes, it will only come due to the 501 new variant. Two of them have been described, one in south of England and one in South Africa. If you don’t get that strain, then there will not be a second peak. If India starts its vaccination programme by the end of this month and vaccinates around 30 crore people, we should be able to control this disease by March 25, Dr Agarwal told PTI.

However, if there is a second wave, he said, then it would be a new variant of the virus which will mean more cases but lesser mortality and the second peak will help in building herd immunity. Asked if the worst was over for India, Dr Samiran Panda, the Head of Epidemiology and Communicable Diseases at the Indian Council of Medical Research, said the epidemiological curve has come down for some states, while there is a fluctuation for others.

In more states, we have seen effective control while in some of the states we need to be mindful and watchful. The state scenarios are different from each other, Dr Panda told PTI.

India on Saturday crossed the somber milestone of one crore COVID-19 cases, adding 10 lakh infections in nearly a month, even as the virus spread slowed and recoveries surged to over 95.50 lakh, according to Union Health Ministry data. The health ministry’s data updated at 8 AM on Saturday showed that the total number of cases mounted to 1,00,04,599, and the death toll to 1,45,136 with the virus claiming 347 more lives in a span of 24 hours. India reported its first COVID-19 case 323 days ago on January 30 in Kerala, while the first death was reported on March 10 in Karnataka.