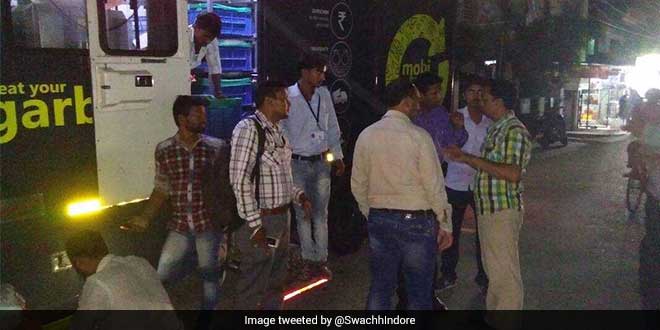 The Indore Municipal Corporation (IMC) has set a target to convert 100 per cent food waste generated from all the hotels, restaurants and marriage halls into compost by August 15. To achieve this ambitious feat, the IMC has already started to take small steps towards addressing the silent issue of food waste. Under their new campaign titled ‘Azadi Kachre Se’ (Freedom of Garbage), the IMC has come out with a mobiletrash vehicle which travels from one eatery to another and on the spot converts the food waste into compost.

Since it is a pilot project, we have deployed one mobiletrash which is presently covering 8-9 hotels and based on its success we aim to introduce 4 such custom made vehicles, confirmed Asad Warsi, Swachh Bharat Mission Consultant, IMC.

The vehicle has a capacity to convert nearly 1,500-2,000 kilos of waste into organic manure. A team of 4 people – driver, operator and 2 helpers pick up the waste and put it in the organic composter machine installed inside the vehicle and on-site the waste is treated. The process is simple says Mr Warsi. In the trash like machine, the food waste is mixed with a sanitiser and special bacteria which helps in swift decomposition. 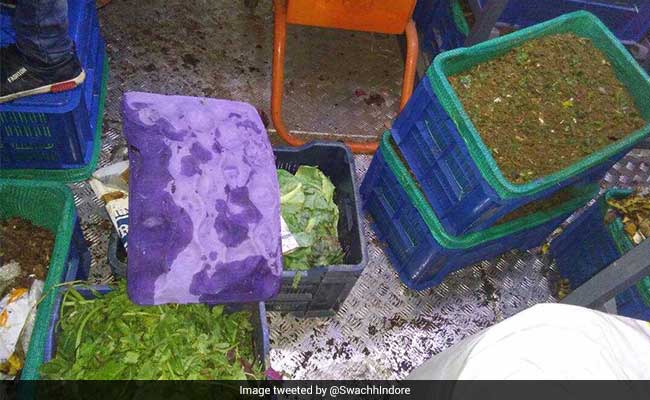 So far, nearly 900 kilos of manure has been produced

The IMC has levied a fee of Rs 500 per month for 5 kilos of waste. Every one hour the vehicle moves from one eatery to another. At the end of the day whatever compost is created it is taken to a dedicated spot and is converted to manure every 10 days.

So far, the project has been on the right track as approximately 3,000 kilos of waste is treated on a daily basis of which 30 per cent is converted into manure. Nearly 900 kilos of manure has been procured by the mobiletrash vehicle, and it will be used in 1.5 lakh saplings of the city, adds Mr Warsi.

The reason for introducing mobiletrash vehicle are multiple says Mr Warsi. “When the food waste is transferred, it loses its essence to a great extent. The bacteria get contaminated, there’s always a risk of leakage and the smell is enhanced. Mobiletrash vehicle is answer to all these problems. In addition the transportation cost comes down.” 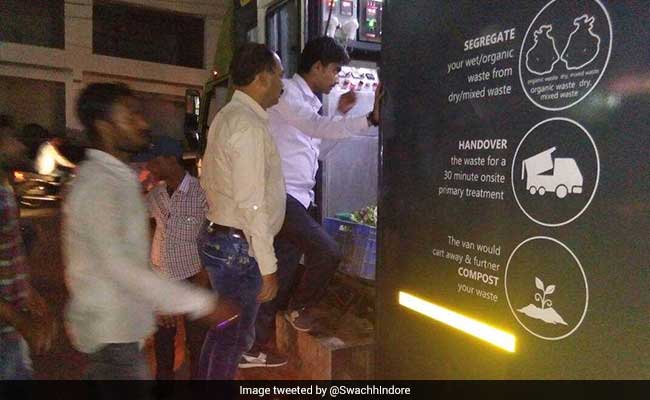 This vehicle has also integrated technology. As soon as food waste is dumped onto the composting unit, it registers all the details like time, place and quantity. Hence a record is formed which will be evaluated for future references says Mr Warsi.

While the IMC is dealing with food waste in small eateries and restaurants, food waste in city’s 126 mega hotels and 85 marriage halls is also being catered to. A meeting of hotel associations and companies dealing with composting machines was recently hosted by the IMC. In the meeting, the civic body issued guidelines of composting and made it mandatory for food waste generators to convert all its waste into compost. “We have introduced the hotel association to all the cost-effective companies. Now it is upto them whether they want to install composting units or waste composter machines,” said Mr Warsi. 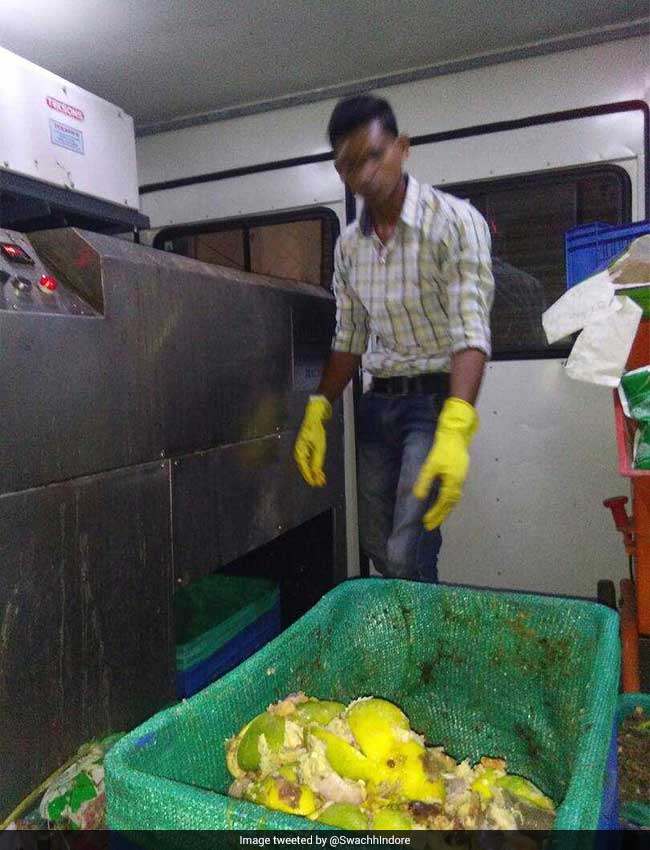 Mr Warsi believes that having a decentalised system of waste management is the key to maintain Indore’s cleanliness levels. And with the help of this strategy, Indore aims to master the art of waste segregation which is evident from its various projects like converting half of city’s plastic waste, setting up composting units in vegetable mandis and making the city litter-free. “By end of August, Indore is likely to achieve 100 per cent waste segregation in all its residential areas,” concluded Mr Warsi.