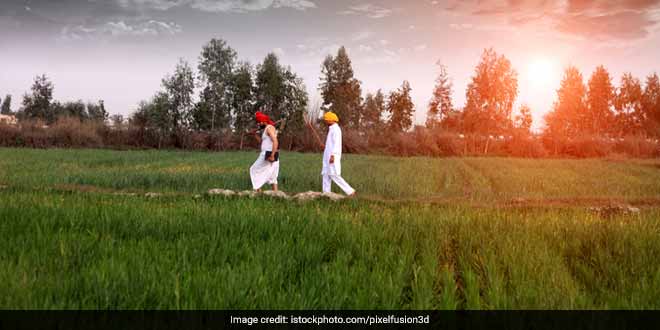 After Uttarakhand, rural area of Haryana has been declared the open defecation free (ODF). With construction of 5,80,000 toilets in 22 districts of the state, since the launch of Swachh Bharat Abhiyan in 2014, rural Haryana has achieved the mark 100 per cent toilet coverage. Mewat district was the last one to turn ODF on June 21, post which the state was declared free from open defecation. Secretary in Ministry of Drinking Water and Sanitation Param Iyer took to twitter to announce rural Haryana reaching the ODF landmark.

Last year on September 17, Panchkula was the first district to be declared ODF. Same day, in late afternoon Sisar was the second district to be declared ODF by Union Minister of  Drinking Water and Sanitation Narendra Singh Tomar. Looking at the success of these two districts, the Swachh Bharat Mission (SBM) of Haryana decided to adopt the same mantra adopted by these two districts and launched the ‘Community Led Total Sanitation’ (CLTS) campaign, “We shifted our priority from focusing on toilet construction to changing the mindset of the people towards open defecation, as it was only after the a behavourial change that residents of Panchkula and Sisar were motivated to build toilets,” Rajendra Mehta, Co-ordinator of Swachh Bharat Mission (Haryana) told NDTV.

Nearly 7 lakh households didn’t have a toilet in 2012 and with the announcement of Swachh Bharat Abhiyan in 2014, several activities ranging from rallies, plays to workshops were organised to bring about a change in attitude in more than 30 lakh households of rural Haryana.

Post ODF, Haryana Will Aim For ODF Plus Status

Sustainability and maintenance posed huge challenges for rural Haryana, said Mr Mehta. To overcome these issues, the SBM has already begun a pilot project of ODF plus in 16 villages of the state. The work towards improving overall sanitation in terms of solid and liquid waste management, sewerage lines, storm water drains and pucca cement roads have already begun, confirmed Mr Mehta.

Achieving the ODF target was comparatively easy, but now the challenge is to ensure that people do not defecate in open and that water supply is effective in all the household with toilets. People will need constant hammering to maintain swachhta in their surroundings and hence ODF plus campaign is vital for rural Haryana, Mr Mehta concluded.