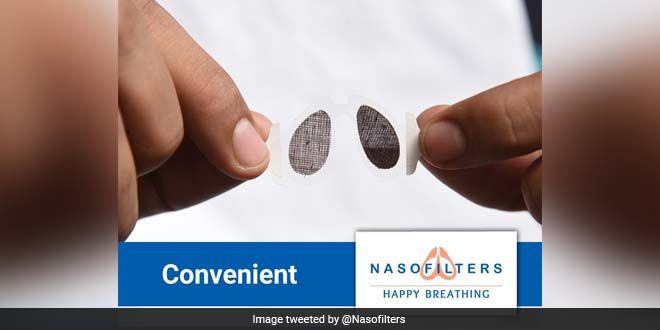 New Delhi: Delhi’s air pollution levels spiked far beyond the acceptable limits in November when the city turned into a ‘gas chamber’ and the Indian Medical Association said the capital was witnessing a “public health emergency”. As air pollution reached alarming levels, major city hospitals also witnessed a surge in the number of patients complaining of respiratory problems. People were seen wearing masks to protect themselves outdoors from toxic pollutants PM 2.5 and PM 10. According to AIIMS Director Randeep Guleria, the regular anti-pollution masks, which saw an increase in sales, may not provide full time protection from hazardous air pollution. However, to address this issue, the researchers from the Indian Institute of Technology (IIT), Delhi and Nanoclean Global have partnered to design an inexpensive air filter, named ‘Nasofilter’, that fits into your nose and even guarantees filtering out PM 2.5 and PM 10 particulate matters.

Made up of nano fibers (fibers with diameters in the nanometer range and can be generated from different polymers and hence have different physical properties and application potentials), which notably has more number of pores per unit area, it helps filter over 95 percent particulate matter (PM 2.5), while ensuring ease of breathing. Notably, the pollutant PM 2.5, which is fine enough to pass through natural barriers and enter the lungs and bloodstream, alone killed five lakh Indians in 2015, said a report published in the medical journal Lancet. 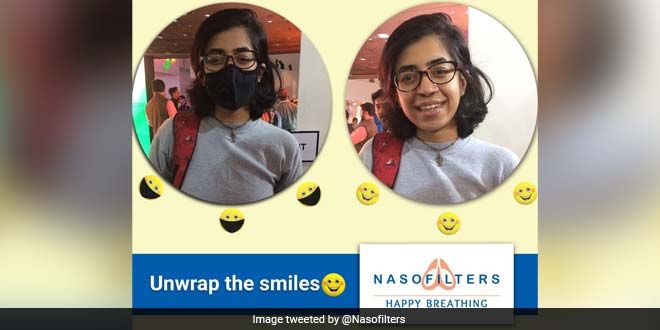 This weather resistant mask, which cost Rs. 10 only and comfortably sticks to the nasal orifice, has been designed to wear anytime of the day and can be kept on for eight hours. According to the researchers, it also compliments the fashion factor, as the Nasofilter is almost transparent allowing the user to get a no-wear feel. 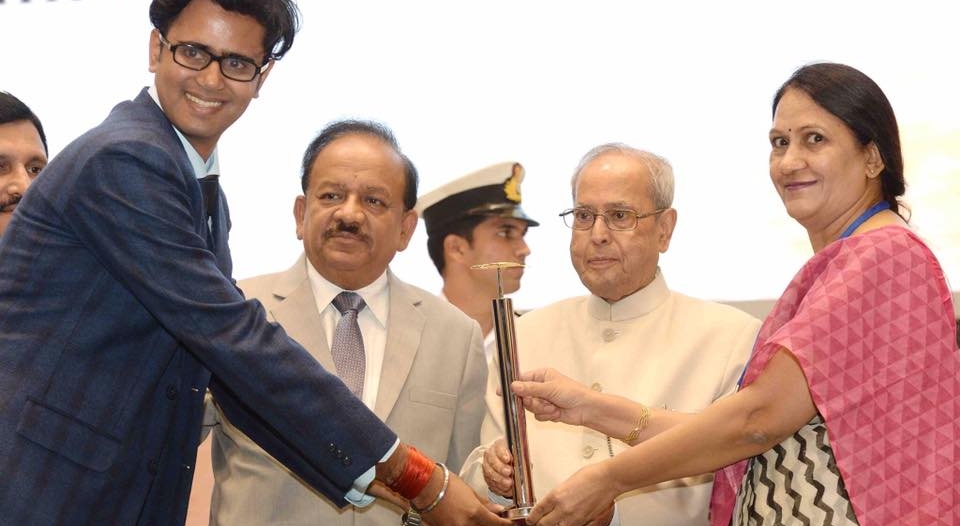 Nano-respiratory filter was presented by former President Pranab Mukherjee with a “National Start Ups Award” for coming up with such an innovative technology that prevents the micro sized pollutants from entering the respiratory organs. It has also been recognized by Republic of Korea as one of the “Top 25 Technical Startups In The World” and awarded with “Top 10 Innovators Of IIT Delhi” by Jayant Sinha, Minister of State of Civil Aviation.

Even President Ram Nath Kovind tweeted about the benefit of this inexpensive anti-pollution mask.

NanoFilters developed by IIT Delhi protect us from ever-growing air pollution, and cost only Rs 10 #PresidentKovind

While speaking to NDTV, the co-creator of the product, Prateek Sharma said, “The idea behind Nasofilter was developed because of a personal problem related to my mother were she was facing health issues due increasing air pollution and smoke. But then I realised that it wasn’t just my mother who was facing difficulties because of the degrading air quality but everybody in various cities of India was facing the same problem. Keeping in mind the well-being of every citizen of India, I decided to invent a product which would not only be effective against pollution but will also be comfortable and affordable for everyone”.

The government has been very supportive in making Nasofilters India’s most affordable air pollution filter. Through schemes of Make in India and Startup India , we ensured global standard product at a very low cost which can be used by everyone, Mr Sharma further added.

In terms of the future plans, Mr Sharma said that currently Nasofilters restrict PM 2.5 particles, which is the most penetrating particle, to enter our body along with pollens, dust particles and various bacteria. In future, in terms of technology, our vision is to restrict viruses and gases to enter our body too.

Our team is working to make Nasofilters even more affordable than it is now. Through our nanofilter technology we believe that we can reduce the current cost of air pollution devices so that every single person can afford it and lead a healthy life. Our aim is not only restricted to India and we are planning to expand the utility of Nasofilters in other countries as well, said Mr Sharma.

Nasofilters, essentially a barrier between toxic air and human illness, will initially be sold online on the company’s website but eventually will be available in retail stores and e-commerce platforms too.

Also Read: Why Government Must Act On War Footing To Combat Air Pollution In Delhi