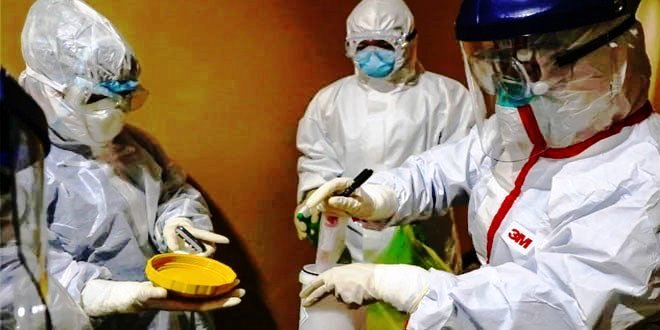 New Delhi: The world is currently facing an outbreak of the new coronavirus (2019-nCoV) which started in China in December 2019 and spread to other parts of the world within a few days. As the infection spread, the World Health Organisation (WHO) declared the crisis a global health emergency on January 30. To fight this health emergency, WHO has launched a preparedness and response plan which requires a sum of $ 657 million (Rs. 4826.3 crore approximately). This has led various organisations like Bill and Melinda Gates Foundations, European Commission and governments across the globe, to come together and donate funds towards WHO’s plan and other efforts being carried out by various health agencies. The WHO’s Strategic Preparedness and Response Plan (SPRP) for the new coronavirus lays out activities and resources needed by various international health organisations including WHO to implement urgent health measures, with an aim to support countries to prepare and respond to 2019-nCoV. According to a Public Relation Officer of WHO, as of now, the plan period for SPRP is February-April, 2020.

"We also briefed you on the Strategic Preparedness and Response Plan, which estimates that the world needs $675 million for the next three months to invest in preventing this #2019nCoV outbreak"-@DrTedros #EB146

While talking to the media on Friday during WHO’s daily press conference on coronavirus, Dr. Tedros Adhanom Ghebreyesus, WHO Director-General said,

We have been receiving generous donations which we are very grateful for because in the struggle to know more about the new coronavirus and respond to it, every dollar counts. The situation has become a crisis and there is even a global shortage of anti-virus protective gear to save people from the virus.

Earlier during January, the Bill and Melinda Gates Foundation announced a commitment of $ 10 million for supporting frontline health work in China to accelerate their efforts to contain the global spread of the virus. Later on Wednesday, the Foundation pledged $ 100 million more for the global response to 2019-nCoV.

We’re committing up to $100 million for the global response to the 2019 novel coronavirus outbreak.

Multilateral organisations, national governments, the private sector and philanthropies must work together to slow the pace of the outbreak, help countries protect their most vulnerable citizens and accelerate the development of the tools to bring this epidemic under control. Our hope is that these resources will help catalyze a rapid and effective international response. This response should be guided by science, not fear, and it should build on the steps that the World Health Organization has taken to date.

According to Country Deputy Director, Brand, Program and Behavioural Communications at India Country Office of the Gates Foundation, Archna Vyas,

The foundation will immediately commit up to $20 million to accelerate the detection, isolation and treatment of people diagnosed with the virus with the goal of interrupting transmission and containing the disease. It will commit up to $60 million to accelerate the discovery, development and testing of vaccines, treatments and diagnostics for 2019-nCoV. The rest will be used to help global partners, such as the Coalition for Epidemic Preparedness Innovations, identify and prioritize research needs, address gaps in the research and development landscape, incentivize product development by biotechnology and pharmaceutical companies and ensure that resulting products are safe, effective and made widely available.

The world must work together to slow the coronavirus outbreak, protect the most vulnerable, & develop tools to control this epidemic.

We hope our commitment will catalyze response efforts and build on the work of @WHO & others to date. https://t.co/sJ6rvtawz8

Alibaba founder Jack Ma has pledged $ 14 million to the efforts to develop a coronavirus vaccine through his Jack Ma Foundation. About two weeks ago he also announced a donation of $ 144 million to help hospitals buy urgent medical supplies in Wuhan, the epicentre of the virus. Donations are also pouring in from Chinese tech giants Baidu, Tencent, Huawei and ByteDance who have together pledged a sum of $ 115 million.

Microsoft, Dell, L’Oreal and Cargill have collectively donated $ 1.4 million to the Chinese Red Cross. The European Commission has also pledged 10 million Euros ($ 10.95 million) for the urgently needed research into coronavirus. The United Kingdom government has donated £20 million ($ 25.85 million) for the cause. Japan has made a contribution of $ 10 million on Friday.

Thank you @simoncoveney, Tánaiste of #Ireland, for @dfatirl's €500,000 contribution to the Strategic Response and Preparedness Plan for the #2019nCoV outbreak.
As you rightly pointed out, risk of #2019nCoV spread concerns us all. https://t.co/nnjDQhlE6w

According to WHO, the funds pledged to them, which is $110 million till now, will be used to accelerate the detection, isolation and treatment of people diagnosed with the virus.

"So far we have received pledges for $110 million. Several donors have already come forward, and we are expecting more announcements in the coming days"-@DrTedros #2019nCoV #EB146

WHO has stated that the funds will be used for developing vaccines, treatments and diagnostics for a long-term impact and for enhancing protection from and prevention of spread of the virus. Dr. Ghebreyesus, during the press conference, said that science has already made some progress towards fighting the virus by knowing more about it. He said,

We have already learnt so much about it. We know its DNA, we know it can be transmitted from one person to other. The most at risk are the elder people and those who have underlined health conditions. Having the genetic sequence of the virus has enabled the rapid development of vaccines and treatments.

WHO has earlier stated that while the organisation is pushing the efforts to respond to the outbreak, the process of developing and testing drugs or vaccines against a new pathogen normally takes many years and is often fraught with pitfalls and failures. It further said that even at the accelerated pace enabled by new technologies, the earliest that scientists hope to be able to start initial human trials of a new coronavirus vaccine is by June this year.

According to the World Health Organisation, since the outbreak there has been 28,276 confirmed cases globally, as on February 6. This includes 28,060 cases in China and 216 cases in 25 countries including India. The death toll has been on a rise too with 564 casualties in China and one in Philippines.

Also Read: How To Prevent The Spread Of Novel Corona Virus