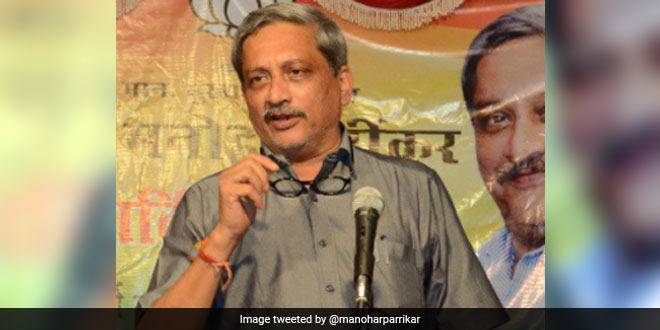 New Delhi: In a bid to achieve the target of declaring Goa open defecation free (ODF) by October 2, 2018, Goa government has decided to make it mandatory for property owners to construct toilets in their premises before leasing out their property. The reason behind this decision is the prevailing problem of tenant-landlord relationship which makes it difficult to construct toilets. Explaining the issue of tenancy, Dr Ashok Kumar, State Director, Swachh Bharat Mission Urban says, “Both rural and urban areas of Goa face the problem of tenant-landlord relationship. The thing is that almost 1/3rd of the properties in the state are rented. To construct a toilet, tenants have to get a ‘No Objection Certificate’ (NOC) from the landlord. Tenants are not interested in going through a tedious task of getting a NOC and construct a toilet. Moreover, there are other hindrances as well, for instance, space in the house, low water levels.”

Popular as a tourist destination- Goa, is one of those states which does not have even one district that has been declared open defecation free (ODF) yet after three years of Swachh Bharat Abhiyan. Recently Secretary of Ministry of Drinking Water and Sanitation Parameswaran Iyer disclosed, “Unfortunately not a single district of Goa is Open Defecation Free (ODF). We have to go and find out the difficulties the state is facing (in this regard).” Embarrased by the sanitation coverage of Goa and determined to achieve ODF status in a time bound manner, Chief Minister Manohar Parrikar on January 31 said, soon toilets will be made mandatory in rented houses.

Also Read: Not A Single District Of These Three States Have Been Declared Open Defecation Free

According to the government data, there are more than 72,000 houses without toilets. While the Swachh Bharat Mission coverage in South Goa is 73.81%, North Goa leads with the coverage of 77.84%. Back in 2014 when the center launched Swachh Bharat Abhiyan, overall sanitation coverage in the coastal state was 60.72% which has now increased to 76.22%.

Speaking at a function organised by the Directorate of Panchayat as part of the Swachh Bharat Mission, Chief Minister Parrikar said,

The government will provide toilets with bio-digesters and a solution would be worked out through legal provisions for houses without land to build toilets. Soon, police verification and toilets on premises will be made compulsory for those who lease rooms.

The Chief Minister further made it clear that the target to go ODF remains, October 2, 2018 and government will leave no stone unturned to declare the state free form the practice of open defecation.

Also Read: Will Goa Be An Open Defecation Free State This October?