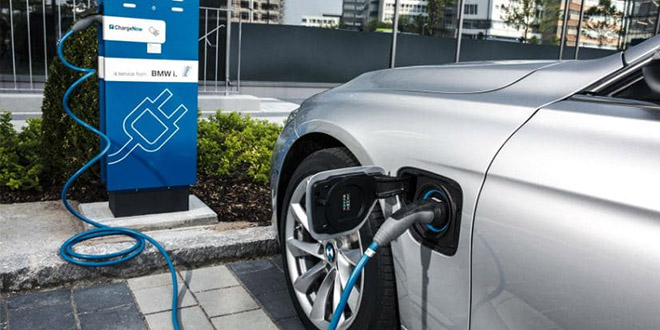 New Delhi: Electric vehicles (EVs) could be a better alternative to fuel-based automobiles to mitigate air pollution, but the government’s target to switch to e-vehicles in next 10 years is hard to achieve, The Energy And Resources Institute (TERI) said, pointing out that consumers would need time to accept the change. By 2030, the government aims to make India a 100-per cent electric-vehicle nation. It has proposed that two-wheelers below the engine capacity of 150cc sold in the country after March 31, 2025, and three-wheelers sold after March 31, 2023, should be EVs.

But TERI chief Ajay Mathur told PTI that key factors like consumer acceptability and desirability need to be addressed before making e-vehicles a reality in India. Mr. Mathur said,

This is a consumer-based market so consumer acceptability and desirability are key factors. We are not yet there. We need to address the obstacles in transiting to e-vehicles through incentives against scrapping of old vehicles, reducing GST, business models.

He further said, “I don’t know what is the basis of this target of 2023-25. The markets have to build consumer desirability and acceptability first. I don’t see the transition happening this fast.”

However, Mr. Mathur praised the concept of electricity-based vehicles. Besides not causing urban pollution, EVs’ running cost is cheaper when compared to diesel or petrol-based vehicles, he asserted. He said,

You no longer have a vehicle spewing smoke on you.

He also raised the issue of the popularity of e-vehicles in India. Unlike internationally, people here are not familiar with the idea. The TERI director-general said, “Internationally, there are e-cars which can travel 200 km but here people have not seen a comfortable e-vehicle.”

He insisted that the shift towards e-vehicles should be initiated through the introduction of electric buses and taxis. He said,

There are commercial vehicles like buses and taxis which I think should be the first target for e-vehicles as they are the largest creators of pollution and producers of CO2 (carbon dioxide). He elaborated on the issues surrounding e-vehicles, including expensive purchase rate, availability of charging stations, familiarity, and comfort of people in using it. About a year ago, around eight cities had brought tender for e-buses. Some cities asked for an outright purchase of a bus, while some opted for buses being given to them on lease on km basis. In three cities, the lease rate was less than Rs. 60 per kilometre but the outright purchase rate is much more expensive.

Another issue is the range, he added. He stressed,

How far can the EV go on one charge. My fear is that my vehicle will run out of charge and I won’t have a charging station near me. If you look at China, all new buses and two-wheelers are electric. People are familiar there. People are not familiar in India.

National Green Tribunal Panel Asks UP, Haryana To Coordinate With Delhi On The Issue Of Idol Immersion