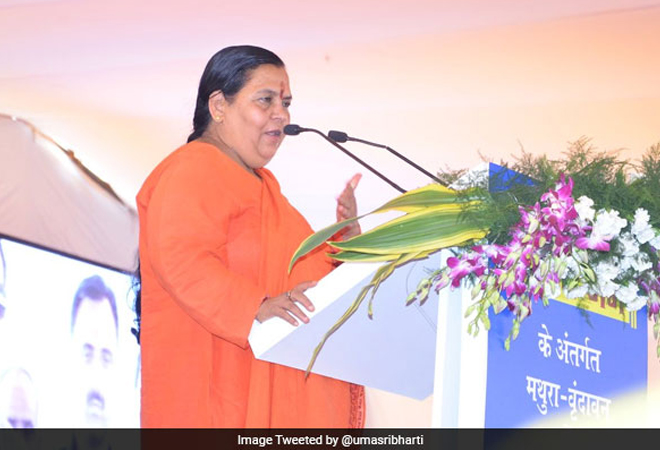 The government claimed that besides creating cleanliness, providing basic amenities to the people of villages on the banks of the Ganga, these projects would also generate employment.

Swajal, which is a community-owned drinking water programme for sustained drinking water supply, was inaugurated by the minister at Bagori and a budget of Rs 32 lakh has been allotted, an official release said.

ODF Bagori is one of the 24 pilot villages’ selected to be transformed into ‘Ganga Grams’ this year.

Besides creating cleanliness, providing basic amenities to the people of villages on the banks of the Ganga, these projects would also generate employment. Everybody should join in the mission of making Ganga villages true incomplete sense, said Uma Bharti.

The minister also inaugurated a solid and liquid waste management scheme of Rs 11.88 lakh at Bagori.

Ms. Bharti along with Uttarakhand Drinking Water and Sanitation Prakash Pant and secretary, MDWS, Parameswaran Iyer, participated in tree plantation programmes. Later the Union minister also launched Gangotri as Swachh Iconic Places and said that the ONGC with its CSR fund will help in taking Gangotri to a higher level of cleanliness.