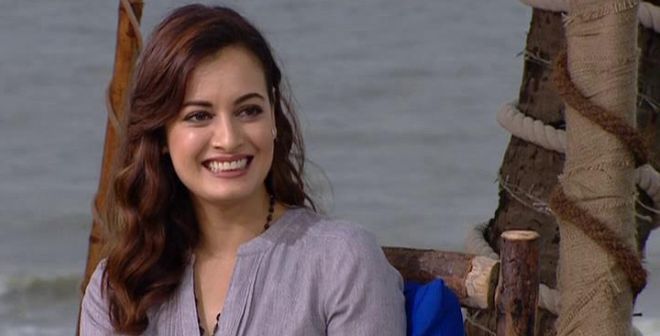 India is the seventh-largest country in the world by area and the second-most populous nation with over 1.2 billion people, but, it is also home to half the world’s population who still practice open defecation. Since the inception of Prime Minister Narendra Modi’s Swachh Bharat Mission in 2014, nearly 5 crore toilets have been constructed, yet, the road to a swachh India is far away. In a bid to fulfill the dream of clean and Green India, Actress Dia Mirza who is also actively involved in many activities to promote the caise of Swachh Bharat, recently visited a Delhi slum to speak to the residents about swachhta, cleanliness and hygiene.

People who belong to a part of society that has basic amenities like a toilet, for them using it will not be such a big deal, but for these slum people, getting a toilet is a life changing experience. It is unbelievable to see how a toilet can change lives, says Dia Mirza who is also an Artist Ambassador for Save The Child (an organization that works towards creating a better future for the children).

This video brightens up my day! Will never forget the light in the communities eyes when they told me how #Toilets had changed lives. https://t.co/NgTKYXSRX4

As are you ❤️ thank you once again for portraying a very important part in highlighting this! #Toilet #MyCleanIndia #EveryLastChild https://t.co/82OkajYpNU

She also urge people to do their best to attain the target of Swachh Bharat.

To meet the ambitious target of Clean India, the government plans to construct over 1.04 crore households toilets, provide 2.5 lakh community toilet seats, 2.6 lakh public toilet seats in urban areas by 2 October 2019. However, Swachh India is a collaborative effort and any initiative will fail if it is not backed by us, the citizens of India.