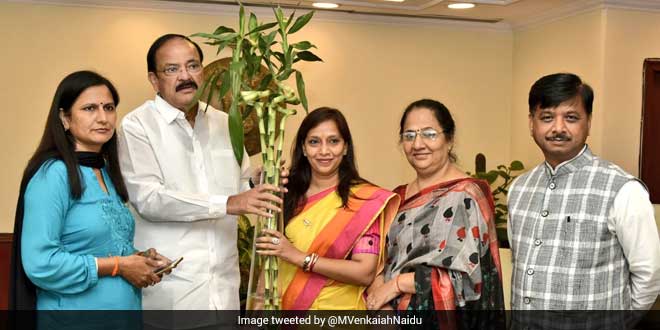 New Delhi: Union Urban Development minister M Venkaiah Naidu on July 6 asked the three municipal corporations in the national capital to improve their rankings in the next year’s ‘Clean India‘ survey, as they had finished poorly in the last sanitation reckoning. He emphasised on the ranking during a review meeting with the mayors of all the three civic bodies.

“The three municipal corporations in Delhi should improve their sanitation rankings and move up the ladder in the next Swachh Survekhan Survey,” Mr Naidu said.

The minister also urged them to work on installing high visibility signages for public toilets on the lines of New Delhi Municipal Council.

While sensitising them about the poor rankings in the Swachh Survekhan Survey 2017, the minister urged the mayors to also focus on preparing an action plan for upkeep and upgrading of existing public toilets and construction of new ones required as per the norm of one toilet per one kilo metre stretch, the Urban Development ministry said in a statement.

The South Delhi Municipal Corporation (SMDC) in a separate statement, however, claimed that the “Union Ministry is willing to release Rs 100 crore each to the three corporations for purchase of vital machines required to accelerate works under the Swachh Bharat Abhiyan.”

Mr Naidu also stressed that open access of toilets attached to restaurants and other establishments to the public, on the model adopted by the SDMC, be followed.

Introduction of night sweeping for cleanliness in the corporation areas and employing mechanical night sweeping machines for the same must be also looked into, he said.

The minister assured that necessary support will be extended in the efforts of making the city ‘Swachh Delhi’.

Road To A Plastic Free City: Surat Aims To Produce Diesel Out Of Plastic Waste