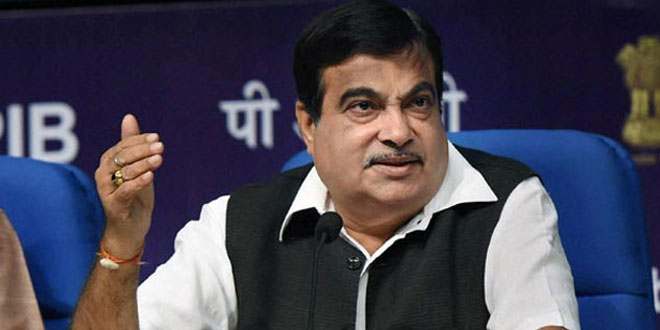 New Delhi: Come 2019 and 80 per cent of the Ganga would be clean, with filth removed from the river’s water in several areas. Union Minister for Water Resources Nitin Gadkari’s promise may seem ambitious, but on January 29, Mr Gadkari spoke at length about how the government, under the Namami Gange programme, was looking to clean majority of the river Ganga, which has been reeling with pollution for a long time. The deadline is a largely ambitious one as despite the launch of the Namami Gange Programme in 2015, the river continues to be polluted and several projects under the programme are yet to be launched.

Speaking at the occasion of a 3-day programme on river conservation, Mr Gadkari spoke about the current status of Namami Gange programme. The Minister said that at present, work is simultaneously on 95 projects across the Ganga basin in five states through which the river flows. These are mostly construction of new sewage treatment plants (STPs) which will ensure that direct flow of sewage is checked. Mr Gadkari also said that in addition to the ongoing 95 projects, 55 other projects are currently pending approval from the Uttar Pradesh state government.

All the STPs currently under construction as a part of Namami Gange project have the capacity of treating 5 to 10 million litres daily (MLD) of sewage. Once these STPs are functional by next year, we are hopeful of ensuring of a cleaner Ganga, said Mr Gadkari.

In October 2017, Mr Gadkari expressed his unhappiness over the slow progress of the Namami Gange project, which despite being in existence for over two years, could not manage to clean up even 50 per cent of the river. The Ministry set up a renewed deadline of December 2018 for all pending projects to take off, failing which stakeholders will be punished. Considering the difficulties faced in acquiring land for setting up of STPs, the Ministry had also said that regular meetings between state government officials of Uttar Pradesh, Uttarakhand, Bihar, Jharkhand and West Bengal must take place to identify problem areas and discuss with the Centre on potential solutions.

One of the major problems during the execution of several projects under Namami Gange has been the lack of coordination between states and the Centre. Land acquisition especially has been a slow process and caused delay for several projects. With the renewed deadline, we hope that the projects will take off faster, said a Ministry of Water Resources official.

If the pollution can be checked in these 10 cities, the clean Ganga campaign will benefit hugely. Along with STP construction, we are also in touch with local municipalities and NGOs to ensure that waste disposal in the river in these 10 cities is kept under check, said the official.

The progress of Namami Gange has been a mixed ordeal for the government as despite a Rs 20,000 crore outlay for the programme’s five-year duration, significant achievements have eluded the programme. All the villages in the Ganga basin across five states have become ODF, but the number of STPs constructed remains around 35 against the target of 70. With Mr Gadkari’s promise of a cleaner Ganga by 2019, it remains to be seen how well the next two years go for implementation of Namami Gange’s primary objectives.