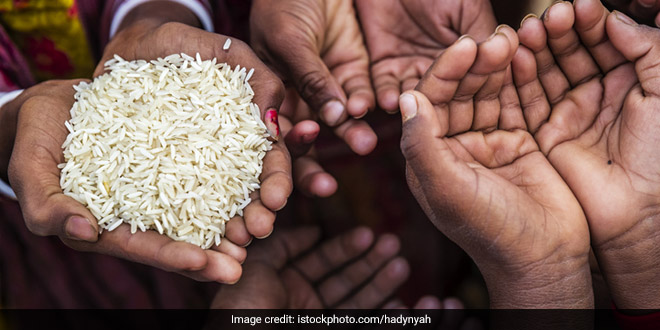 London: An estimated 17 per cent of food available to consumers was wasted in homes, retail outlets and restaurants in 2019, according to research published by the United Nations. The report, produced jointly by the United Nations Environment Programme (UNEP) and WRAP, also found that consumer waste was broadly similar in rich and poor countries.

The United Nations is producing a Food Waste Index (FWI) as it seeks to support efforts to halve food waste by 2030.

For a long time, it was assumed that food waste in the home was a significant problem only in developed countries, said Marcus Gover, CEO of WRAP, a charity which works with governments to reduce food waste.

“With the publication of the Food Waste Index report, we see that things are not so clear cut.”

The United Nations Food and Agriculture Organization (FAO) in 2011 estimated that one-third of the world’s food was wasted or lost ever year.

Also Read: Mid-Day Meal Scheme Should Be Re-Activated With Provision Of Cooked Meals On Reopening Of Schools

The FAO has produced a Food Loss Index which shows that around 14% of the world’s food is lost from post-harvest up to, but excluding, the retail level.

vnhouse gas emissions are associated with food that is not consumed (waste and loss), a similar amount to road transportation.

Forests are cleared, fuel is burnt and packaging in produced just to provide food which is thrown away. Meanwhile, rotting food in landfills releases more greenhouse gases into the atmosphere.

If we want to get serious about tackling climate change, nature and biodiversity loss, and pollution and waste, businesses, governments and citizens around the world have to do their part to reduce food waste, said Inger Andersen, Executive Director of UNEP.