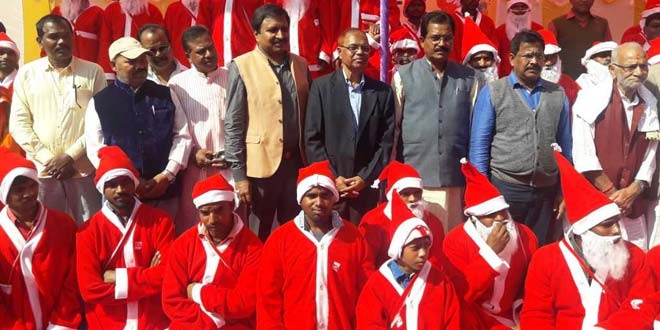 New Delhi: After Rakshbandhan, Karva Chauth, Diwali and Eid now it is time for Christmas to get a Swachh twist. Last week, 45-year old Birsi Urain of Jory Panchayat of Lohardaga district in Jharkhand was in for a surprise when she received a gift from Santa Claus, “As I was serving food to my family, someone rang the doorbell. On opening the door, I was a little surprised to see a man dressed like Santa Claus. The Santa gave me a saree for convincing my family to build a toilet.” Like her, people from across the district received different kinds of gifts from men dressed in red and white costumes. 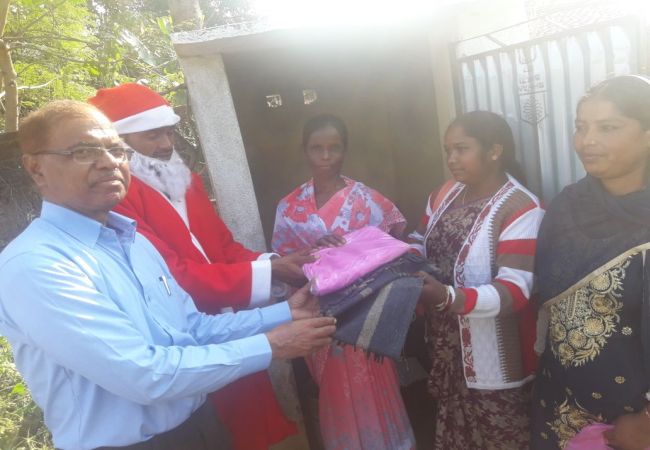 In August 2017, Lohardaga district was one of the few early districts in Jharkhand to turn Open Defecation Free ODF. Around 60,000 toilets were constructed in last three years. Old practices die hard and that is exactly what happened in the case of this district. Even though every person from the district has an access to toilet, there were instances of open defecation recorded. With an aim to completely eliminate open defecation, the Lohardaga district is now giving gifts to residents who have stopped practising open defecation.

Despite each and every household in 353 villages having a toilet at home, cases of open defecation continue even today. So, on the occasion of World Toilet Day we kicked off the Christmas initiative in Jory panchayat to bring about a behavioral change. The aim is to motivate people to use toilets, Binod Kumar, Deputy Commissioner, Lohardaga district tells NDTV.

After three years, the focus of Swachh Bharat Abhiyan has shifted, from only focussing on making the areas Open Defecation Free to now sustaining the tag. With more than 1,700 cities and 230 plus districts free from open defecation, the civic bodies are in the process of getting people to use the toilets built. Jharkhand’s Lohardaga Christmas initiative is an effort in that direction. From blankets, t-shirts, pens, books, tiffin box to sarees, several gifts are being distributed among the people of Lohardaga district. Swachh messages are also wrapped inside the gifts. A total of 66 sanitation officers are carrying out inspection rounds in the district’s 66 gram panchayats. The gifts are being sponsored from the money allocated to ‘Information, Education and Communication’ (IEC) department under Swachh Bharat Abhiyan.

Teachers In Bihar Asked To Check Open Defecation, Staff Unhappy With The Order

Sustainable Waste Management Is The Need Of The Hour: Minister Hardeep Singh Puri