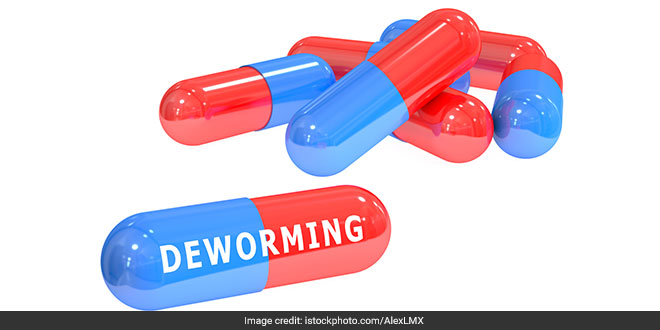 Lucknow: Uttar Pradesh Chief Minister Yogi Adityanath launched a de-worming campaign in 11 districts of the state to rid children and teenagers of soil-transmitted ‘helminth’ infections. During the campaign, de-worming medicines will be administered to children from one to 12 years old and teenagers aged up to 19 years in 11 districts – Amethi, Amroha, Banda, Chitrakoot, Etah, Firozabad, Hapur, Hathras, Kasganj, Shahjahanpur and Sonbhadra, an official release said on Monday.

There are over 99 lakh people in this age group in these 11 districts, the statement added.

According to the World Health Organisation, soil-transmitted ‘helminth’ infections are among the most common infections in humans, caused by a group of parasites commonly referred to as worms, including roundworms, whipworms and hookworms.

Also Read: How Community Nutrition Workers Are Transforming Lives In Maharashtra’s Amravati and Nandurbar Districts By Putting An End To Malnutrition

As per the information on the WHO’s website, those living in poverty are most vulnerable to infection which can impair nutritional status by causing internal bleeding which can lead to loss of iron and anaemia, intestinal inflammation and obstruction, diarrhoea and impairment of nutrient intake, digestion and absorption.

CM Yogi said that a PCV (pneumococcal conjugate vaccine) program is also being started to curtail child mortality rate. This vaccine was already being given in 19 districts and it was started in 56 other districts as well on Monday.

The CM said “Vitamin A Sampurn program” is also being launched which would help boost the immunity level among children aged nine months to five-year-old ones. According to an estimate, around 2.50 crore children will be given vitamin A dose, he said. Vitamin A doses would be beneficial in the times of COVID-19. Both the Vitamin A doses and PCV vaccine would be free of cost.

COVID-19 Explainer: When Will A Coronavirus Vaccine Be Ready?