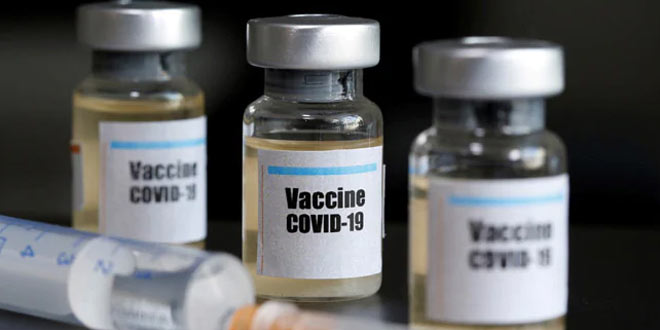 (Reuters) – Around the world, politicians, drugmakers and regulators offer contradictory outlooks on when a COVID-19 vaccine will be ready. Much depends on what ‘ready’ means and for what group of people. Some key questions around the timeline are:

When Will We Know A Vaccine Works?

More than half a dozen drugmakers around the world are conducting advanced clinical trials, each with tens of thousands of participants, and several expect to know if their COVID-19 vaccines work and are safe by the end of this year.

The most optimistic timeline comes from AstraZeneca Plc, which is running a study in Britain that it says could be completed as early as August.

Dr. Anthony Fauci, the top U.S. infectious diseases expert, told Reuters last week that a trial by Moderna Inc could produce decisive results by November or December. Others will come later, some much later.

Some experts are sceptical that the trials, which must study potential side effects on different types of people, can be completed that quickly. Peter Hotez, the dean of the National School of Tropical Medicine at Baylor College of Medicine in Texas, says that collecting enough data to prove a vaccine is safe for the world could take until mid-2021.

When Will The First Shots Be Ready?

Several drugmakers are building manufacturing capacity so they can begin production as soon as vaccines are approved by regulators. Some efforts are backed by a U.S. government program called ‘Operation Warp Speed’.

Dr. Fauci told Reuters he expects “tens of millions” of doses to be available in early 2021, and that by the end of the year there could be more than a billion. That contrasts with more optimistic guidance from U.S. President Donald Trump, who said a vaccine could be ready before the Nov. 3 presidential election, though he did not define ‘ready’.

Several companies, including Moderna, AstraZeneca, and Pfizer Inc, say they each expect to make more than 1 billion doses next year. That could mean several billion available by the end of 2021.

When Can I Get It?

First supplies late this year or early next would likely go to those in rich nations who are deemed by governments to work in essential industries or who are at greatest risk from the virus. That is likely to include people with other issues such as diabetes, healthcare workers, and members of the military.

Countries including Canada, Japan, Britain, and the United States have locked in deals putting their citizens first in line for inoculations as they become broadly available during 2021.

Most vaccines are being tested as two shots given a month apart, giving full strength protection only after the second shot is administered.

Also Read: COVID-19 Vaccine Not Designed To Eradicate The Virus But To Mitigate The Virus: Expert

When Will The World Be Inoculated?

The wait time for COVID-19 vaccines will likely be longer for people in developing countries, which don’t have early supply deals. Some may struggle to pay for vaccines that could cost upwards of $40 per person, said Mr. Hotez.

I am worried that Operation Warp Speed vaccines will not reach developing countries any time soon, Mr. Hotez said.

Gavi, a vaccine alliance for developing countries, aims to secure 2 billion doses of vaccine in 2021, enough to inoculate the most vulnerable 20% of the population in poorer countries. Several manufacturers, including the Serum Institute of India, are preparing to manufacture for poor and middle-income countries.

Will I Be Able To Get A Chinese Vaccine?

The Chinese government has authorized some experimental vaccines to be used in select patients outside of clinical trials, making it the first country to have vaccines authorized for wider use.

But they are unlikely to be available in the West any time soon. Domestic regulators would need to approve them, and clinical trials by Chinese companies outside of China are still ongoing.

President Vladimir Putin said on Tuesday that Russia had become the first country in the world to grant regulatory approval to a COVID-19 vaccine after less than two months of human testing.

The vaccine still has to complete final trials, raising concerns among some experts at the speed of its approval. Still, Russian business conglomerate Sistema has said it expects to put it into mass production by the end of the year.

India’s Single-Day Count Of COVID-19 Cases More Than That Of US, Brazil In Past 7 Days: WHO Data