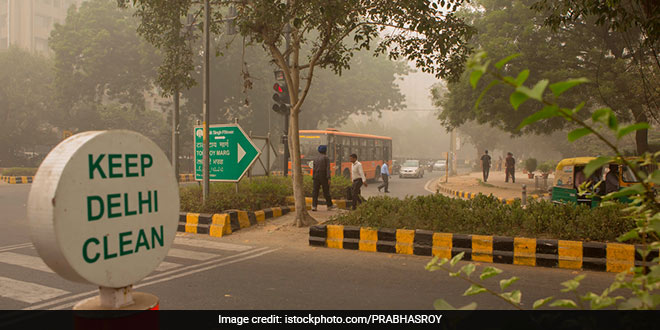 New Delhi: The national capital Territory of Delhi is to have a wall of nearly 31 lakh native trees encircling it soon to shield it from frequent dust storms coming from Rajasthan and enveloping and choking it.

A senior official of the Union Ministry of Forest, Environment and Climate Change told PTI-Bhasha that various agencies of the Union and Delhi governments have already begun the work of planting nearly 31 lakh saplings of various native species on its three sides to rid Delhi of the malady of frequent dust storms from its western neighbour.

The natural barrier is to come up all along Delhi border with Haryana, Rajasthan and Uttar Pradesh, while also encompassing the Aravali and the Yamuna forests areas.

The official listed said the scheme has two objectives – absorption of pollution-causing particulate matters by trees and shielding Delhi from the choking dust storms, coming in from Rajasthan every year due to western disturbances.

He said based on scientific studies, sufficiently tall and dense trees like those of “pilkhan, goolar, mango, mahua” and other native tress have been chosen for this scheme. These trees prevent the dust particle from rising above in the sky due to low atmospheric pressure and stop them from condensing at few meters above the ground, he said.

Also included in this scheme are the tress of “pepul, neem, banyan, berry, amla (Indian gooseberry), jamun, amltash, harre, bahera” and other tress which release ore Oxygen. Of all these trees, pepul, which releases Oxygen round the clock, would be the highest chunk of trees to be planted in the scheme.

The official said the minute dust particles and other pollutants of the air easily get deposited on the leaves of ever green trees and are subsequently washed down to the ground and mix up with soil during rains. Accordingly, this scheme may prove to be an effective and permanent solution to the malady of air pollution, the officials said.

The Forest Department of Delhi government is all set to complete this scheme within two years, said another senior officials of the department, adding that the scheme has already been formally launched on July 7.

He said all the agencies together would plant nearly 21 lakh native tress and another ten lakh bushy ones like those of “kaner, gurhal, bahuniya, chandni etc” during a two-month tree-plantation drive during ‘Van Mahotsav‘ from July 15 to September 15.

The maximum number of tress would be planted by Delhi Development Authority, to be followed by the Forest Department (4.22 lakh), the three-municipal corporation of Delhi (4 lakh), North Delhi Municipal Corporation (3 lakh) and Central Public Works Department (35,000).

After planting the saplings, all these agencies would also nurture them for two years after which an independent agency would conduct a “survival audit” of the tress to examine their survival rate and take further remedial actions.

The process of survival audit has been proposed to be conducted from March 2019 by Dehradun-based Forest Research Institute, which would submit its report by March 2020, said officials.

15,000 Trees Planted In 40 Villages Of Maharashtra As Part Of Van Mahotsav

India’s Clean Air Action Programme Yet To See The Light Of Day: Greenpeace