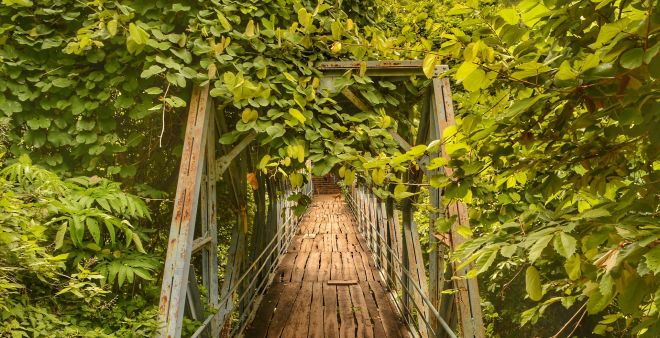 New Delhi: It is almost ironical that these days plastic, which has become the bane of existence, should be used for growing plants, which are a source of life. Be it in nurseries or gardens it is a common sight to find saplings in black plastic bags or plants in plastic pots. Plastic, which is neither biodegradable nor safe for the ecosystem, is something that is omnipresent and the world is struggling to beat plastic pollution. Now, the Gujarat forest department of Chhota Udepur has started a new initiative – ‘ditch plastics and adopt coconut shells’ to grow saplings. This new initiative has been taken ahead of Van Mahotsav which India will celebrate from July 1 to July 7.

Also Read: Grab A Spoon And Eat It: A Swachh Warrior From Gujarat Brings Biodegradable Edible Spoons To Your Table

The Story Behind The Green Initiative To Ditch Plastic

The ‘green’ idea was proposed by district collector Sujal Mayatra of Chhota Udepur, when he observed that the garbage coming from the towns, primarily consisted of coconut shells. Speaking to NDTV, about the initiative, Sujal Mayatra said,

This is the first step we have taken towards making the Chhota Udepur district, plastic-free. Ditching the use of plastics is the need of the hour for the betterment of the environment.

How The Coconut Waste Is Being Put To Use

First, the coconut shells are washed thoroughly, then are chopped from the bottom so that when the saplings are planted in the ground (along with the shells), there is enough room for roots to grow.

The benefits of using coconut shells instead of a plastic bag are many. First, coconut shells don’t harm the environment like the plastic bags. Secondly, the shells are biodegradable, as a result, the plant in it doesn’t lose any nutrients, thus remains healthy and lives a long life, says Mr Mayatra.

Also Read: In The Concrete Jungle Of Mumbai, Here Comes A Low-Cost, Eco-Friendly House Made Of Coconut Shells