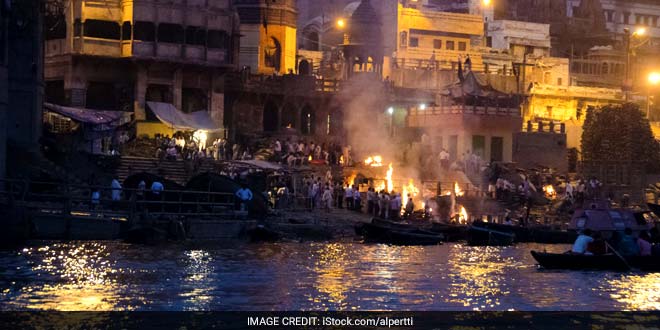 Varanasi: Situated on the banks of the holy Ganga River, Varanasi is said to have been founded by Lord Shiva, and the city that Gautam Buddha visited after attaining enlightenment.

The city gets millions of visitors from across the world each year. The Ghats of the city are beautiful. One feels peaceful sitting on the banks of the Ganga. But unfortunately, the city is lacking when it comes to cleanliness.

The central government’s Swachh Bharat Mission has identified ten iconic places across the country to make into examples of cleanliness. While the entire list consists of 100 destinations, for now the emphasis would be on ten locations which include Vaishno Devi temple in Jammu and Kashmir, Taj Mahal in Uttar Pradesh, Tirupati temple in Andhra Pradesh, Golden Temple in Punjab, Ajmer Sharif in Rajasthan, Jagannath temple in Orissa, Chhatrapati Shivaji Terminus in Maharashtra, Manikarnika Ghat in Uttar Pradesh’s Varanasi, Meenakshi Temple in Tamil Nadu and Kamakhya Temple in Assam.

The Manikarnika Ghat in Varanasi, some could argue, is an unlikely choice. The Burning Ghat as it is also known, is not known for its beauty anyway. People set their dead kin to the pyres there; there is a constant theatre of death there. Hindus consider this place as one of the holiest places to be cremated in. It’s widely believed that if the last rites are performed here, it’s a direct pass through the gateway to nirvana and escape from the constant cycle of birth and death.

Every day there are at least 200 cremations carried out at the ghats. There is barely any waiting place for the bereaved families. They sit beside the filth and waste, and often with dogs, cows and goats. A sad situation for a ghat considered so sacred.

The community that controls the ghat is called the Dom Community. They are the keepers of the cremation fires that are never allowed to go out. They provide wood for the pyres and charge for the cremations.

If any change is to be brought to the Manikarnika Ghat, it can only be done with their cooperation. They fear that any change to status quo could affect their livelihood.

The path leading to the Manikarnika Ghat is extremely narrow, between shops, temples and residences, where daily life goes on side by side with the rituals of death. Every few minutes one can see a group of mourners walking by with a corpse carried on their shoulders, chanting ‘ram naam satya hain‘.

Even though the sights at the ghat are macabre, it attracts a large number of tourists who seem fascinated by the rituals.

For now, the administration has drawn up its plans, but executing them will be quite a task. The chief development officer, Pulkit Khare, who is the nodal person in charge of the Swachh Bharat Mission’s iconic places campaign, told us that they have won a longstanding property dispute and now have under them two guest houses at the ghat that they are working to restore to provide facilities like toilets and a waiting room to people who come to the ghat.

Another effort is to get the Dom Community to store their wood in another area which will be provided to them, as a large area at the ghat is occupied by logs of wood piled high, most of which will not be used for months. Once the area is cleared a Shiva Statue and garden will be created. 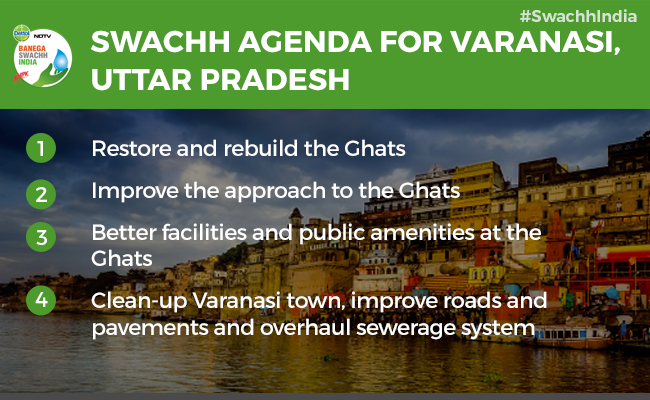 Cleaning Up Jagannath Temple As Part Of The Swachh Bharat Campaign