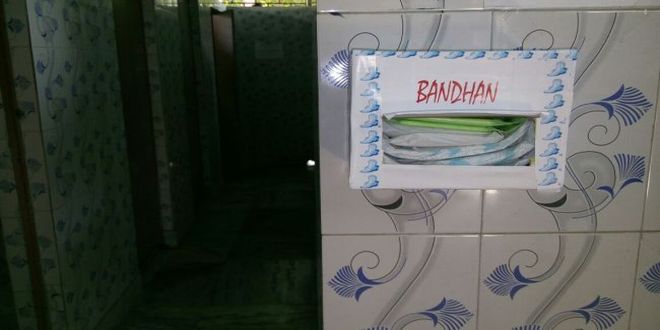 New Delhi: “My co-editor could not attend the edit meet and had to return home as she was in need of a sanitary napkin. This made me ponder that my friend is probably not the only girl who end up missing some or the other thing because she is menstruating and needs a pad urgently. This particular episode forced me to come up with a plan where I can provide sanitary napkins, anytime, anywhere”, says 21-year-old Sobhan Mukherjee, who is distributing sanitary napkins in pay and use toilets. 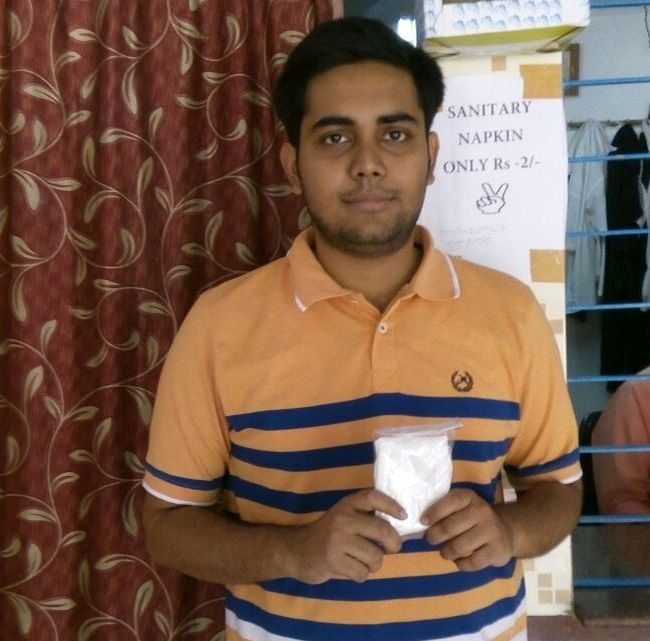 Sobhan, a first year MSC Geography student and the founder and editor of ‘Kabi Kalom’ magazine, started with the ‘Project Bandhan’ back in October 2017. As part of the initiative, he provides sanitary napkins at a cost of ₹2 as opposed to the average cost of a sanitary napkin which is ₹5.

Bandhan means bond and with Project Bandhan, I want everyone to come and bond with each other and together bring a change. I aim at bringing a change through a chain system, says Sobhan.

Initially, Sobhan approached the councilor of his ward and took permission to provide sanitary napkins at pay and use toilets for free. The councilor was wise and supportive enough to give a go ahead to Sobhan’s idea. With ₹600 of his pocket money, Sobhan procured sanitary napkins directly from the manufacturers and started giving it away for free.

Providing sanitary napkins for free has its own disadvantages. More than helping people in need, this move led to misuse of the project and therefore I had to start selling them at cost price which is ₹2, says Sobhan.

Apart from charging for sanitary napkins, Sobhan also installed a sanitary napkin vending machine made out of cardboard ice cream box. The idea behind this is not only to avoid misuse, but also to maintain hygiene.

Vending machine costs around ₹15,000 and I don’t have that much money. Even if I manage to arrange that much amount of money, I would use it to purchase sanitary napkins so that more and more girls and woman can be benefited. But a sanitary napkin vending machine is also important and that is why I made one on my own, says Sobhan.

Sharing the procedure of making a vending machine and how he came up with the idea of creating one, Sobhan says,

Once I saw an empty carton of ice cream box being discarded, I thought of taking benefit of that empty box and bring it to use. Shopkeepers throw away these empty boxes as they are of no use to them; I take it from them, and make a vending machine out of it. 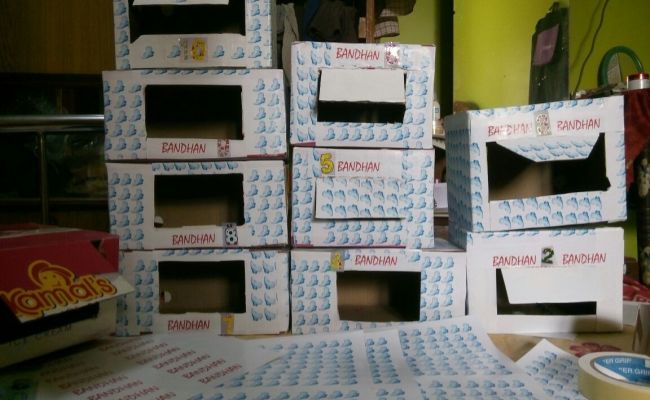 Starting from his ward in Bansdroni area, Sobhan has covered a total of 11 wards. Slowly and gradually, he plans to spread his wings to north Kolkata and then to the entire city.

Apart from covering pay and use toilets in the city, I have decided to reach out to the woman residing in villages. I want them to understand that purchasing sanitary napkins and focusing on menstrual hygiene is as important as spending money on bread and butter. I have planned to provide them sanitary napkins at as cost of ₹1, says Sobhan.

On an average, 200 pads are sold per month at every pay and use toilet. For the humongous amount of pads being sold, Sobhan requires money and he manages to collect ₹3000 to ₹4000 a month.

Initially, a guy from Manipal used to help me by sending sanitary napkins worth ₹1500. Now people from all walks of life have started contributing. From ₹50 to ₹100, people donate as per their convenience and it feels good to see that people are willing to bring a change, signs off Sobhan.

Related Topics:
Kolkata Menstrual Hygiene Menstruation In India
Up Next