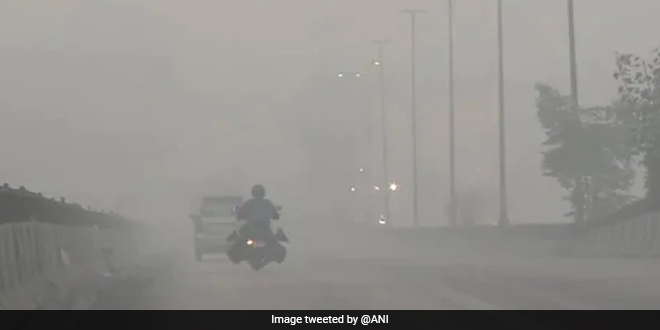 New Delhi: Delhi Environment Minister Gopal Rai on Monday (November 9) said that if anyone violates the ban on firecrackers during Diwali, then the violator shall be penalized under the Air Act. “Today I met the officials of the Environment Department and the Revenue Department along with the representatives of the Delhi Police, the district magistrates and divisional commissioners. In this meeting, we have issued a guideline regarding the ban on firecrackers to the Delhi police and ensured that the guidelines will be implemented. The Delhi police will file an FIR against the violators under the Air Act,” Mr Rai said.

I want to request the citizens of Delhi to follow the ban on the firecrackers. Today the NGT has also directed that no firecrackers will be allowed in Delhi and the adjacent area. Earlier the Delhi government allowed green crackers but looking into the situation of the increasing number of COVID-19 cases and the pollution, the Delhi government has decided to ban any kind of firecrackers, Mr Rai added.

The Environment Minister also said that more than 150 tankers have sprinkled water on the roads of Delhi to combat dust pollution.

The pollution in Delhi is increasing every day and looking into the situation, I have directed the PWD officials to sprinkle water at every important road and deploy water tankers at various key locations of the national capital. Till now, nearly 150 water tankers are working across Delhi, the minister said.

Mr Rai also spoke about how the air in the national capital is getting toxic due to the stubble burning in the neighbouring states.

The winter is also approaching and I think that till Diwali the situation will remain the same and might even deteriorate, he said.

Rai also mentioned that the Delhi government is running the ‘Red Light Campaign’ to put a check on the toxic emissions from the vehicles and combat vehicular pollution.