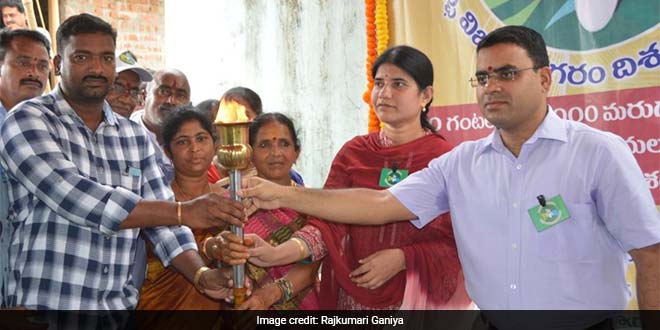 Straight out of a page of some fairytale, the sanitation scenario in the district underwent an unbelievable transformation, within mere months. 71 gram panchayats from the district were chosen and a massive campaign was launched to alter the dismal sanitation scenario. This campaign resulted in the building of 10,000 toilets in just 100 hours in March 2017. The city of Vizianagaram also performed well in the recently released Swachh Survekshan rankings. Ranked 126, the city was way ahead of heavyweights like Delhi, Lucknow and Bengaluru. The contribution of the district administration, self-help groups and the people of the gram panchayats made it possible for such a massive project to be undertaken and successfully executed. Not to lose the momentum, given the scale of things that still remain not done and a concerns like people not using the toilets built, led the district administration to adopt unique methods of reaching out to the masses.

Realising that bringing in behavioural change is as important as building toilets, the district collector has penned letters to students in 41 government schools in the district. The letters were written right before the two-month long summer vacation period commenced in late April. Personal in nature and addressed directly to the students, the letters listed the ways students could utilise the vacation to spread the message of cleanliness. 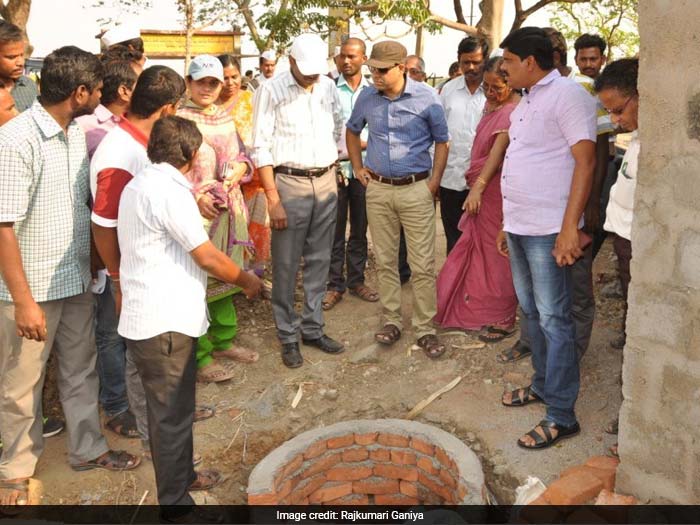 When we achieved the building of 10,000 toilets, we were apprehensive about people using these as they were not accustomed to the concept of toilets. But people are using the toilets regularly. To bring in further behavioural change we decided to reach out to children from the district. Proper sanitation practices by them will ensure that adults follow their footsteps and bring in behavioural change in the entire district, said Vivek Yadav, District Collector, Vizianagaram.

The letters requested the students to make sure that they washed hands with soap after using a toilet and before and after having meals, to avoid diarrhoea. The Ministry of Health estimates that diarrhoea is the leading cause of death among children in India, causing the death of 13 children every hour and 3 lakh children annually. The collector’s message to the children tried to drive home the point that that adopting hygienic practices is not just about behavioural change but also means to avoid untimely deaths among children.

The letters also requested the children not to defecate in the open. They were requested to always use the toilet and if one was absent at home, ask their parents to build a toilet before schools reopened. The letters encouraged the students to directly get in touch with sarpanches from the village, or even the collector himself in case they needed assistance in building toilets. The collector included his contact details in the letter and made it easier for the students to get in touch with him.

We want to encourage good sanitation practices and students can bring in the required change. These letters will also help them know whom to get in touch with if anyone wants to construct a toilet in his or her household and follow some basic practices related to sanitation so they can avoid health hazards like diarrhoea, said Mr Anand.

Since its 10,000 toilets construction spree, Vizianagaram has added 20,000 more toilets by the end of April 2017, covering 44 more gram panchayats. The district has also undertaken a comprehensive collaboration with the schools in the districts, where teachers are regularly maintain records of students with and without toilets. Teachers from the schools get in touch with students who do not have toilets at homes and encourage their parents to build one.

In the ending lines of his letters, the district collector appealed to the students to spread awareness about sanitation at homes, schools and among friends and neighbours. After all, behavioural change can only be achieved if the benefits of using toilets are spoken about more openly and discussed with people in immediate surroundings.