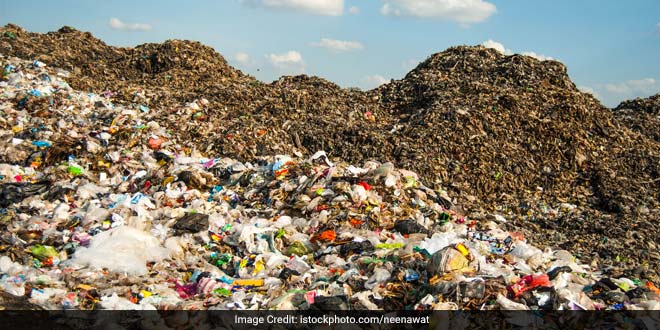 New Delhi: The authorities in Delhi lack the “will” to clear the garbage and solid waste in the national capital, the Supreme Court said, observing that steps to deal with the issue were perhaps impossible to implement.

A bench of Justices Madan B Lokur and Deepak Gupta said that despite the measures taken and proposed by the authorities, nothing has happened on the ground and Delhi was facing a grave situation of “mountains of garbage”.

Additional Solicitor General (ASG) Pinky Anand, who appeared for the Lieutenant Governor office and Delhi government, said that IIT Delhi has conducted a study on the Ghazipur landfill site and a report has also been prepared.

When the bench referred to the death of a man when the garbage mound had caved in at Ghazipur landfill site, the ASG said “that is why there is an emergency situation. We are all concerned. It has to be done in some manner. It will not happen overnight, but things are happening. Waste to energy plants will also be set up”.

The bench asked the ASG by when the garbage lying at the landfill sites in Ghazipur, Okhla and Bhalswa would be cleared.

Referring to the affidavits filed by LG office and Delhi government, it also said the suggested measures like school awareness programme or audio-visual radio jingles on this issue were “impossible to implement”.

The bench also asked the ASG whether masks, uniforms and other protective gears were given to the ‘safai karamcharis’ in Delhi.

When the ASG said the Delhi government would be giving Rs one lakh crore to the corporations, the bench said “nobody has so much money”.

Also Read: To Fight Plastic Pollution And Its Health Hazards, This Delhi Based Entrepreneur Ventures Into Making Eco-friendly Tableware

The ASG also gave details of the waste generated in each of these three corporation areas and how much of it was being sent to waste-to-energy plants and compost plants to process the garbage.

The bench, however, observed that waste sent for processing in East Delhi municipal corporation area was much less than what was being generated there and the authorities should have a futuristic plan to fill this gap.

The bench termed as “fortunate” that at least south Delhi municipal corporation has applied its mind on the issue and were processing waste more as compared to the other two agencies.

Referring to the affidavits filed by the office of the Lieutenant Governor and Delhi government, the bench said both of them have said that question of solid waste management in Delhi was the responsibility of municipal corporations and the Lieutenant Governor has authority to issue directions in this regard under the Delhi Municipal Corporation Act.

The apex court had at the last hearing asked the Centre and the Delhi government to clarify who could be held responsible for clearing the “mountain loads of garbage” in the national capital — those reporting to Lieutenant Governor Anil Baijal or to Chief Minister Arvind Kejriwal.