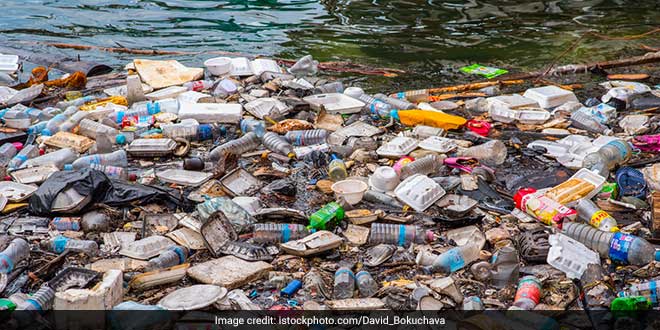 New Delhi: Door-to-door collection of segregated solid waste is being practised in 91.66 per cent households of Agra city and rag pickers have been integrated in the waste management system, the Uttar Pradesh government told the National Green Tribunal on Monday. In a compliance report submitted by the Department of Urban Development, the state government said all major roads in Agra are cleaned daily using mechanised water-spraying and other equipment. The report said,

The city average of coverage has reached 91.66 per cent. At present, source segregation is practised in 40 per cent wards and the Agra Municipal Corporation is making sustained effort to ensure it becomes 100 per cent. The schedule of collection is made and a fleet of 203 small vehicles is being used for primary door-to-door collection.

The Urban Department told a bench headed by NGT Chairperson Justice A K Goel that so far more than 400 rag pickers have been integrated in the waste management system with help of community-based organisations. The department said,

The rag pickers have been issued ID cards. They have been provided personal protection equipment for their safety. To increase their capacity, they have also been given basic training on waste management and segregation of waste.

The tribunal took note of the report and directed the state government to file a further report in the matter. The Urban department also told the bench that all vehicles involved in Solid Waste Management are GPS-enabled for vehicle tracking system and GPS and biometric-based handheld device with attendance management system application has also been adopted.

A smart city control room is under construction which shall facilitate all monitoring related tasks all around the city, it said. The Department said,

An area of 15 acres has been identified by the Agra Municipal Corporation for Kanha Gaushala. The state has approved a project of Rs. 9 crore against which an amount of Rs. 4 crore has been released. The construction is in progress. It will be completed in six months. The corporation is using a Gaushala at Baipur in which as on date more than 1,000 stray cattle are kept.

The NGT had earlier said that major pollution is being caused in the Yamuna at Agra by dumping of garbage and sewage and directed the Uttar Pradesh government to furnish a performance guarantee of Rs. 25 crore for its failure in discharging duties. Solid waste is being burnt in open on the roads at Agra cantonment railway station, heaps of uncleared garbage lying unattended and chocked drains are creating flood-like situation, the NGT had noted.

It had said 50 per cent of sewerage system was not in working condition, untreated sewage was being dumped into the open drains and the drainage system was 55 years old. The tribunal’s direction came on plea filed by Agra resident D K Joshi and NGO Social Action for Forest and Environment (SAFE) seeking compliance of Solid Waste Management Rules, 2016, Hazardous and other Wastes (Management and Transboundary Movement) Rules, 2016 and Bio-medical Waste Management Rules, 2016 in the city of Agra as well as the areas coming under the Cantonment Board and eco-sensitive zone of Taj Trapezium Zone.

There Has Been Reduction In Incidents Of Paddy Residue Burning By Farmers, Says Agriculture Minister Narendra Singh Tomar