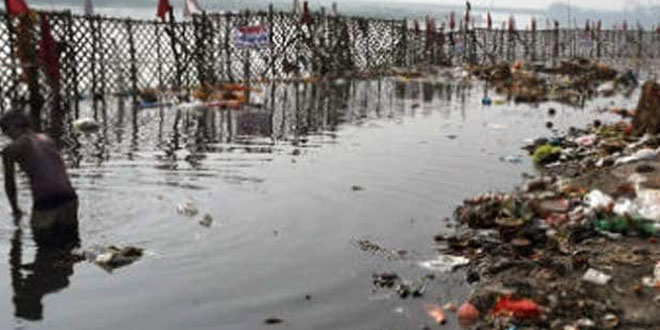 New Delhi: The National Green Tribunal (NGT) on Monday (March 11) asked the Director of Namami Gange and the Director General of National Institute of Hydrology to inspect the Yamuna floodplain in Agra and submit a report within four weeks on its demarcation. A bench headed by Justice R S Rathore said certain reports obtained earlier were not only inconsistent but serious objections had been raised against them. The tribunal said,

The Director, Namami Gange, as well as, the Director General, National Institute of Hydrology, Roorkee shall nominate officials, concerning with the subject, who after visiting the site they should file a report with regard to floodplain within the timeline, mentioned above. The report should clearly reflect the demarcation of river floodplain in Agra and the construction in it.

The matter is posted for next hearing on April 12. The tribunal had earlier refused to vacate its 2015 order restraining construction and transfer of possession of flats on Yamuna floodplain in Agra after two builders sought the lifting of the ban. It had said that even if the builders have transferred the flat to the purchasers, it does not entitle them to file an application for vacating the interim order passed in 2015 as the matter is still pending.

The NGT had earlier come down heavily on Agra Development Authority (ADA) for allowing construction on the floodplain of the river and had also sought a response from the developers on the matter. It had slammed the Uttar Pradesh government and public authorities in Agra for “improper” demarcation of Yamuna floodplain and fixation of pillars, saying that 85 per cent of buildings on the riverbed was liable to be demolished.

The bench was hearing a plea filed by Umashankar Patwa and Shabi Haider Jafri who had alleged that many buildings have been built right on the floodplain and even in “the river itself”. The tribunal had earlier issued notices to the builders asking why compensation in terms of Section 15 and 17 of the National Green Tribunal Act, 2010 should not be imposed on them and why appropriate directions be not passed regarding their structures, which were violative of environmental laws.