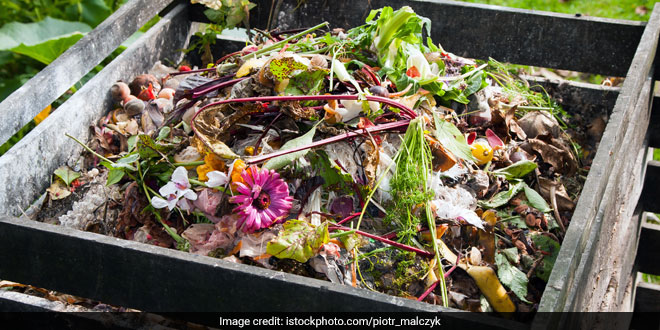 Mumbai: In an effort to move towards a zero-waste society, the Meerut Municipal Corporation (MMC) is on a spree to install community composting units across the city to prevent garbage from going to the landfill. Among the many places covered, where waste is generated in bulk, the Meerut Chaudhary Charan Singh Jail is one of them. On November 24, Aneeta Meshram, Divisional Commissioner of the Meerut zone and Mayor Sunita Verma inaugurated the composting unit in the jail.

“Every individual must take the responsibility of managing his/her own waste. The city’s performance in terms of managing the waste and keeping it clean has not been impressive so far. The civic corporation’s decision to install the composting unit in all the public places is an effective step to curb the overall waste generation. We are very happy to contribute in city’s waste management journey,” says Commissioner Meshram.

Echoing her sentiments, Mayor Verma said that while residents of Meerut are becoming familiar with scientifically handling the waste, it will be for the first time that the prison inmates will be introduced to the concept.

There is a total of 214 composting units that are currently being installed across Meerut in areas like government offices, campuses, schools, colleges and various colonies of the city. A fodder composting machine has been installed near Augarnath Temple. Each of these units has a capacity to convert 200 kilos of wet waste on a daily basis. The unit installed in the jail will convert six tonnes of waste into three tonnes of manure per month said the commissioner. The produced manure will be used on a nearby 50-acre agricultural land for cultivation of crops.

Only wet wastes like tree leaves and food waste will be fed into the machine. The solid waste management staff from the civic corporation will train the police staff along with the jail inmates to process the waste monthly.

This is not the first time that jail authorities have made efforts to be an active part of the Swachh Bharat Abhiyan. The Tihar jail in Delhi and jails in Odisha and Thiruvananthapuram have already started to compost their waste.

Jail inmates in Dum Dum Central Correctional Home (DDCCH) in Kolkata, have been fighting plastic pollution since January last year. Over 200 jail inmates are involved in making plastic alternative bags or jute bags. The bags are displayed in exhibitions and in a boat managed by Rakshak Foundation in Kolkata’s first floating market in Patuli.

While prisoners in Kolkata are focusing on curbing plastic waste, women inmates in Ahmedabad’s Sabarmati Jail are working towards menstrual hygiene by making eco-friendly sanitary napkins. The pads produced by the inmates are made up of cornstarch and are completely biodegradable. The jail’s sanitary napkin manufacturing unit can produce 3,000-4,000 biodegradable pads every day, which means around 1 lakh pads are made every month.

One-Fourth Of The Vehicles To Be Electric In Delhi By 2023, Government Sets Target To Combat Air Pollution