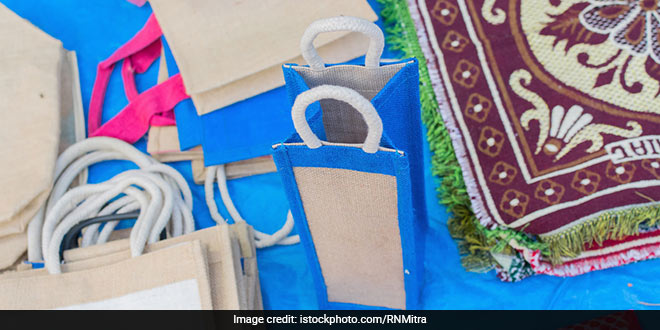 Mumbai: Lovely Adhikari, who is in her mid-30s, was a worried woman. She worried if she would ever find an acceptance in the society, after she was released from Dum Dum Central Correctional Home (DDCCH), Kolkata, in January 2017. She was the sole earner in her family of three as her husband was still in the jail. In such an appalling situation an opportunity knocked her door. It was the city-based Rakshak Foundation who offered her a position of supervising a ‘say no to plastic’ initiative being carried out in the DDCCH. The job was offered to her only after her performance of making jute bags during her jail term was reviewed by the foundation.

With a hope to reform the prisoners and provide them a platform to showcase their artistic skills, the Rakshak foundation has been working with DDCCH, Presidency Central Correctional Home and Alipore Central Correctional Home in West Bengal since the last 24 years. Being fully aware of the recently initiated actions against the use of plastic items by the government, it was last year when the foundation launched the ‘Jute Story Beyond Bars’ project to empower the inmates and fight against plastic pollution by manufacturing jute bags.

The ‘Jute Story Beyond Bars’ is benefiting two very opposite spectrums of our society. On one hand, producing more jute bags at low prices in the market will replace the plastic bags and contribute towards a greener society, thus generating awareness. And on the other hand, prison inmates, who are looked down upon by the society, will get a chance to be a part of the it, learn a new skill and finally earn a little some money, Chaitali Das, Managing Trustee, Rakshak Foundation and the brain behind the project tells NDTV.

When the project was kickstarted with the help of Correctional Administration Department, a few selected inmates were imparted skill development training in manufacturing jute bags and other products like cushions, purses, pen holders, etc. Besides, giving them knowledge, sessions were conducted with the prisoners where they would share innovative ideas to make use of eco-friendly jute.

A set protocol was been introduced, according to which the senior inmates have to train their juniors and once the juniors get acquainted with the process, they further teach the new arrivals in the jail. Depending upon which group an inmate is a part of, stipends ranging from Rs 500 to Rs 1,000 is given every month.

We are rehabilitating the inmates and encouraging them to return to the society. The products made by the inmates is a step in solving the major challenge of plastic pollution. Such innovative ideas help us in reforming the inmates, Correctional Administration Minister Ujjal Biswas told IANS.

From exhibiting jute products in prestigious exhibitions like the Bay of Bengal initiative for Multi-Sectoral Technical and Economic Cooperation to now having an exclusive boat in Kolkata’s first floating market in Patuli, the jail inmates have come a long way under the guidance of Rakshak foundation.

We have banned the use of plastic in the floating market area, so we have supported the jute products made by the prisoners, said state Urban Development and Municipal Affairs Minister Firhad Hakim after inaugurating the floating store a few days back.

“It will generate employment for those people of the social strata who need support, as the boat will be managed by a blind woman and her partially blind son,” he further added.

In Aurangabad, A Barber Is Sensitising People On Sanitation, Rewarding Them With Free Haircuts For Building Toilets