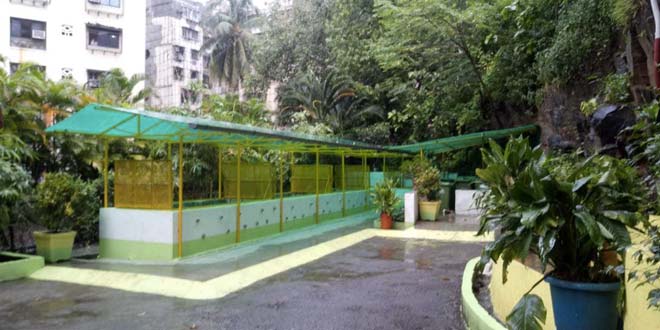 Mumbai: It has been 16 months since the Brihanmumbai Municipal Corporation (BMC) had mandated on-site treatment waste in housing societies of Mumbai producing over 100 kilos of garbage and even today close to 50 per cent of them do not practice it. One of the main reasons cited by many buildings is the lack of space to install a composting unit. A similar reason along with lack of willingness on part of the residents was deterring the Greenfield Rocks End Housing society located at Jogeshwari Vikhroli Link Road to manage their own waste. However, regular notices from BMC to treat their waste compelled the residents to find a solution.

The residents approached the Solid Waste Management department of BMC and a few NGOs working in waste management in August 2018 to get suggestions and learn the process.

When we told our residents about the BMC notices, they were not keen on practising the composting. So, we called the BMC and NGOs who gave us a demonstration. Another problem was the space issue. The residents wanted to install the unit at a place where it would not be easily seen to maintain the beauty of the complex

On inspecting the premises of the building, the BMC identified a potential area for the unit. It was nothing less than dump yard created over the years by residents themselves. Close to 15 trucks worth of garbage was cleared from the area. 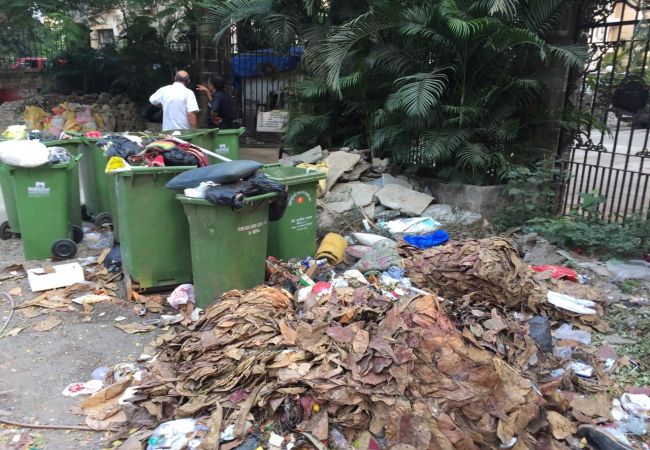 The composting model installed at Greenfield is a replica of the model at Cooper Hospital, Juhu. Subash Dalvi, Chief Nodal Officer of BMC had helped the hospital to manage the waste by installing vermi-compost pit. In vermicomposting, earthworms start eating the waste materials and give in return a smart byproduct which is called manure.

The model at Cooper Hospital is getting a thumbs up from several stakeholders across the city and many of the bulk generators have replicated this model. The Greenfield society got the benefit of the dumping yard to tackle the space issue. The residents were quite excited when the model was launched in October last year. Now, it is yielding positive results, Mr Dalvi tells NDTV.

The housekeeping staff was trained by the Aastha Mahila Bachat Gad, a self-help group and BMC. Meanwhile, the residents though agreed for the unit were skeptical about its hygiene and cleanliness. 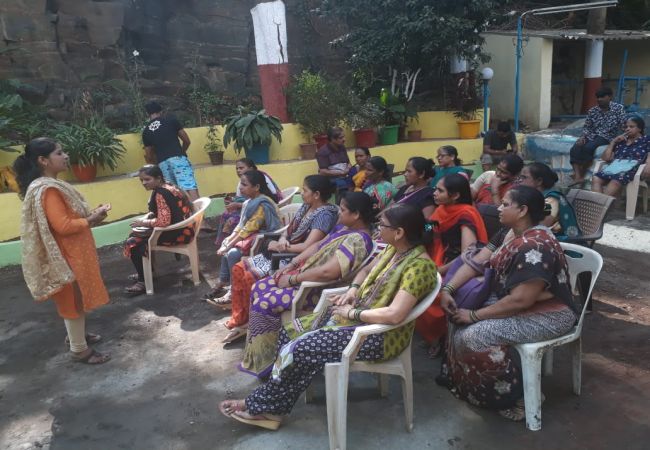 The housekeeping staff was trained to process the waste

The plant at Cooper Hospital is safe and doesn’t produce any smell. It requires less maintenance. The best part of the designs is that worms don’t have to be separated from the compost manually. They leave the compost pit and go to another pit once the material is fully decomposed, says Mr Dalvi.

There are 412 flats in the society that generate approximately 300 kilos of wet or bio-degradable waste daily. All the wet waste is deposited in the composting pits. That waste is then mixed with cow urine or cow dung and for 10-15 days is left untouched so that the waste can decomposed to some extent. 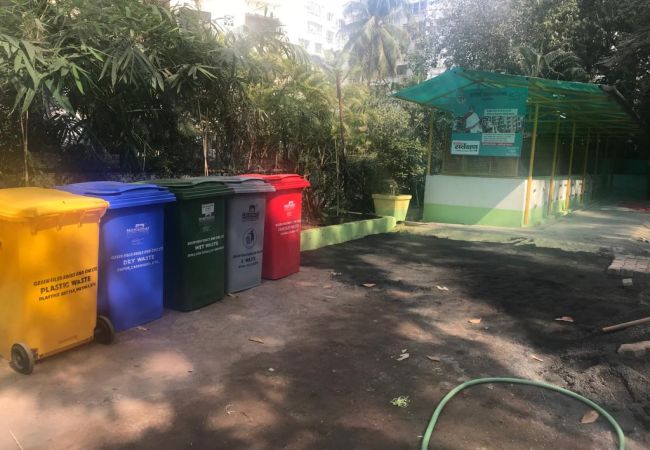 In the second step, comes the role of Vermi-composting. After 10-15 days, when the waste gets half decomposed, it is added to the especially designed compost pit which is called smart vermi-compost pit. There are 5 smart vermi-compost pits – three on one side and two on the other side. The compost pits are low in height and longer in width and is made using bricks. The top layer of the compost pit is covered with a net to protect the manure from birds and other insects. Whereas, the bottom one foot of the pit is covered with water and earthworms. The design of these pits is made in such a way that all the pits are connected to one another. 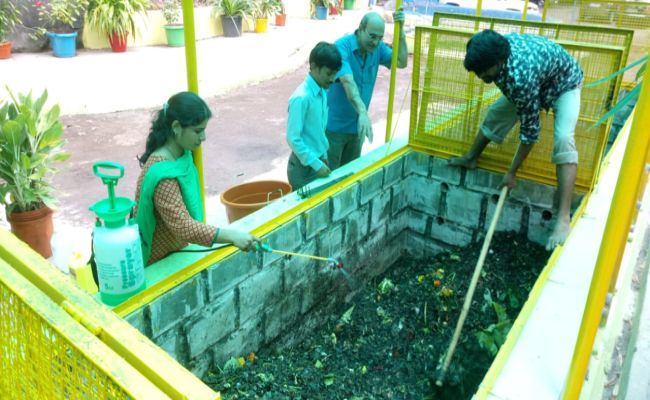 On alternate days the half-decomposed material is added to these smart vermi-compost pits along with water. So, basically what happens is that the earthworms start eating the waste materials and give in return a smart byproduct which is called manure. The waste takes about 45 days to decompose and turn into manure that is rich in nutrients. The manure is then used in society’s gardens. 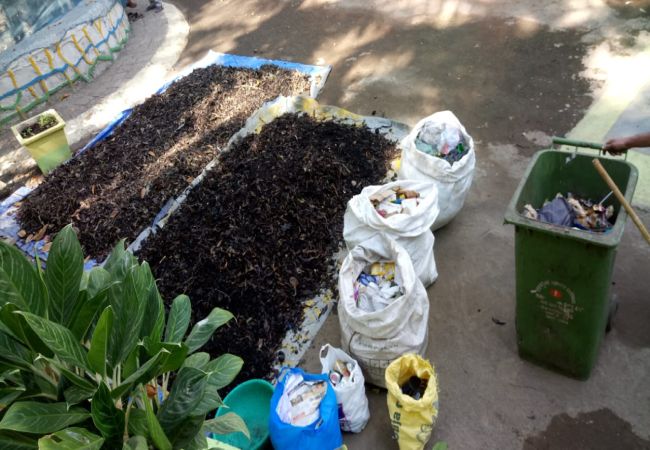