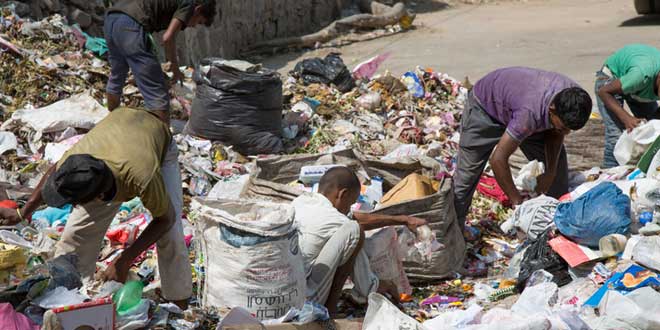 New Delhi: The Solid Waste Management Rules, 2016, state, “Every Waste Generators shall segregate waste and store separately and hand over to Municipal workers or authorised waste pickers.” Part of the National Capital Region (NCR) of Delhi, Noida Authority has now decided to abide by these rules and issued notice to everyone – Resident Welfare Associations (RWAs), bulk generators, hotels, restaurants, educational institutions and others. The notice states that Noida Authority in a month’s time will charge for door to door waste collection and transportation and waste will be collected only if segregated at source.

We are just following the Solid Waste Management Rules, 2016. The reason behind coming up with this decision is, we cannot wait for people to start following the rules. Today or tomorrow we have to take a call. We cannot let people breach the guidelines. Also, if people want Noida to be clean and green, they need to take the ownership. Citizens need to segregate the waste at source, says RK Mishra, Additional Chief Executive Officer, Noida Authority, while speaking to NDTV.

To implement the door-to-door waste collection project under Solid Waste Management Rules, 2016, the Noida Authority has decided to hire an agency that will collect the segregated waste from the source and charge a certain amount for it, which will range from Rs.25 to 10,000, depending on the type of waste generators.

Also Read: Noida’s Waste Collection System To See A Revamp In 2018 As Authorities Focus On Segregation

There are three types of waste generators – RWAs that is gated colonies, bulk waste generators, and normal people which includes residents, flats, and many more. For RWAs and bulk generators, we have asked them to ensure that all your green waste that is wet waste is processed using ‘Mechanised Organic Waste Composting’ machines at source only. To install such machines, we will give 75 per cent subsidy to RWAs. As far as other residents are concerned, they have been asked to segregate the waste at source itself.

The segregated waste will be placed and not dumped at a designated site at Noida sector-123 where a landfill liner has been laid. The waste goes on the liner which is then covered with soil and disinfectants. Within three to four months, the scientific dumpsite management activities will start at the landfill. For the same, the Noida Authority has given the contract to a South Korean company – Force Bell and Zigma.

Within three to four months, the scientific dumpsite management activities will start at the landfill. For the same, the Noida Authority has given the contract to a South Korean company – Force Bell and Zigma. The company will segregate and treat the waste in a way that zero waste goes to the landfill.

Currently, they have a fixed designated point in each sector where residents dump the garbage and later the authority collect it from there. Noida generates around 600 tonnes of waste per day which gets dumped at a landfill in Noida sec-123. To change this entire system, the Noida Authority has decided to segregate and treat the waste. The Authority’s aim is to abide by the Solid Waste Management Rules of 2016 and just not let the garbage pile up in a landfill.

Plant And Nurture A Tree And Get Rs. 50: Haryana Government’s New Scheme Targetted At Students For A Clean And Green State