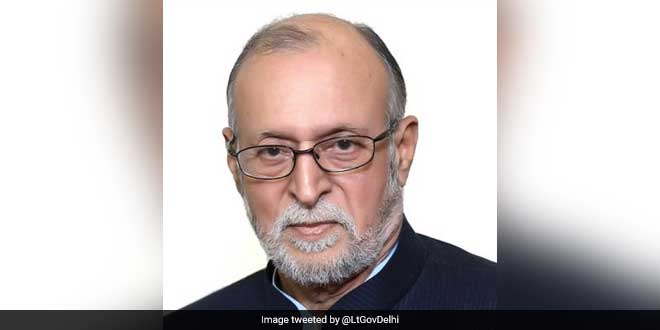 Over 80-year-old Lodhi Gardens which falls under the jurisdiction of the New Delhi Municipal Council (NDMC) is a horticultural delight.

Delhi is globally known as a garden city and famous for its green paradise. In order to improve its green cover, people from all walks of life should come forward for planting saplings of trees in the forthcoming monsoon season as a mission, he said.

Also Read: Monsoon Is Both A Pollution Pump And A Cleanser, Says Study

The Lt Governor also performed few yoga protocols and appealed to people to adopt yoga in their lifestyle, the statement said. NDMC Chairman Naresh Kumar said that the civic body has developed three such hi-tech nurseries in its area with the objective to regulate availability of high-quality first-generation hybrid seedlings, and hi-end plants, by overcoming natural weather conditions. The purpose also is to reduce dependency on other cities to get high-quality seedling at appropriate time for optimum results, he said. In recent times, the NDMC has taken several innovative projects to improve the city’s landscape such as vertical gardens on spaces like metro flyover pillars, building walls, he added.

Described as the ‘best urban oasis in Asia, city’s iconic Lodhi Garden is home to historic tombs and some of the most exotic plants and bird species. Nestled in the heart of Delhi, bordering the posh Lodhi Estate and upscale Khan Market, it was opened on April 9, 1936 as ‘The Lady Willingdon Park’ named after the then Vicerine of India. Covering an area of 90 acres, this garden was laid out after shifting what was then the village of Khairpur, on the outskirts of New Delhi.

Solid Waste Management: In A Month Noida Authority Not To Collect Waste That Is Not Segregated