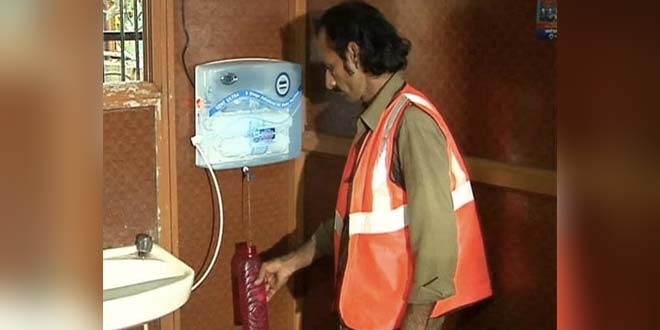 New Delhi: The National Green Tribunal (NGT) has ordered formation of an expert committee to explore best possible secondary use of the rejected water by commercial and individual users of the reverse osmosis (RO) technology. A bench headed by NGT Chairperson Justice Adarsh Kumar Goel said the expert committee would explore whether deficiencies in the filtered treated water can be made up and whether the purified water needs to be re-mineralized so as to compensate for the minerals lost during the process.

The bench noted that there is a scarcity of drinking water in the country. The NGT in it order dated December 20 said,

While purity of drinking water is a priority, the process of purification should not result in contamination of the remaining available water.

The NGT asked the expert committee to find the possibility as to how the re-filtered water can be utilised and review the prescription of standards for drinking water.

The NGT said that the expert committee will include representatives from the Ministry of Environment, Forests and Climate Change (MOEF&CC), Central Pollution Control Board (CPCB), Bureau of Indian Standard, Indian Institute of Technology (IIT) Delhi and National Environmental Engineering Research Institute (NEERI).

It asked the expert committee to furnish a report within four months on or before April 30, 2019 and put up the matter for consideration on May 14, 2019, the NGT said. The tribunal was hearing a plea filed by a Non-Government Organisation (NGO), Friends seeking utilisation of waste water generated during RO process.