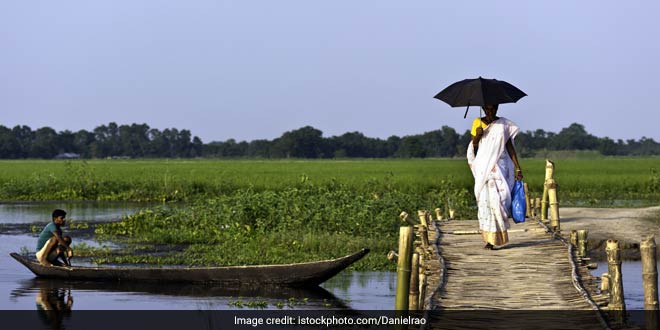 Dima Hasao: People residing in Semkhor village of Assam are facing acute water crisis even after 70 years of independence. To meet their needs, the residents of this village collect water that drips from the mountains in pits. Crying foul, the locals here told ANI, that governments kept on changing but none helped them in combating the crisis.

We drink water which comes out of mountains. We do not have arrangements like tubewell or anything by the government. People residing in the area are drinking water like this.

Their sufferings do not end here; the locals have to travel over a kilometre to fetch water every day. Another resident Khurabi told ANI,

We have a big water problem. We have requested the government department but they did not do anything. We travel one kilometre to get clean water.

The locals further underscored that Prime Minister Narendra Modi-led government has constructed toilets but not provided water in them. A woman here said,

It is very difficult to search for water. We do not even get water to bath.

#BeatPlasticPollution: Goa Government To Eliminate Production And Usage Of Single-Use Plastic By September