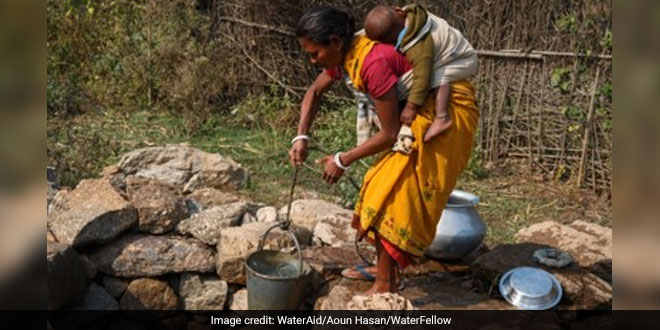 New Delhi: Do we take our access to safe and clean water for granted? Think again. About two lakh people in India die every year due to inadequate access to safe water, according to an estimate by NITI Aayog. To mark World Water Day on March 22, WaterAid India organised ‘The WASH Photo Project’ exhibition in the national capital. The exhibition aims to raise awareness about the impact of lack of access to clean water on millions of people across the country.

The exhibition showcases the current reality of water – crises and the solutions through the lens of visual narratives captured by seven amateur documentary photographers under the guidance of a mentor panel. The documented stories showcased are from remote rural locations like Gaya, Kanker and Alairajpur to issues faced in the heart of urban settlements like Delhi and Hyderabad. 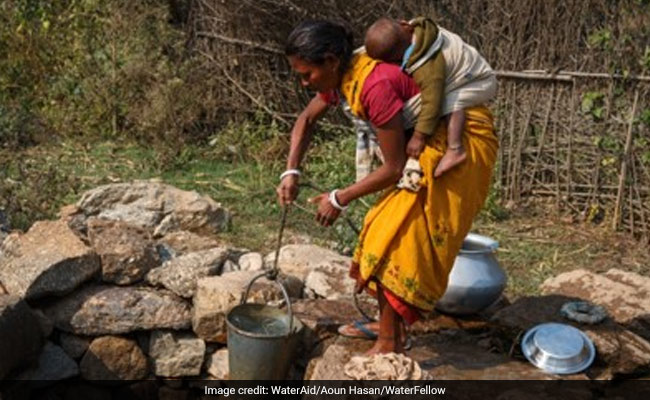 Itwari Mundain of Bakwara in Gaya district, Bihar tightly wraps her couple-of-months-old-baby with a cloth on her back as she navigates the uneven terrain crossing farm fields and forests to fetch water from the dug well located around 800 metres from her hut. She and other women like her do multiple rounds to get water in a day. 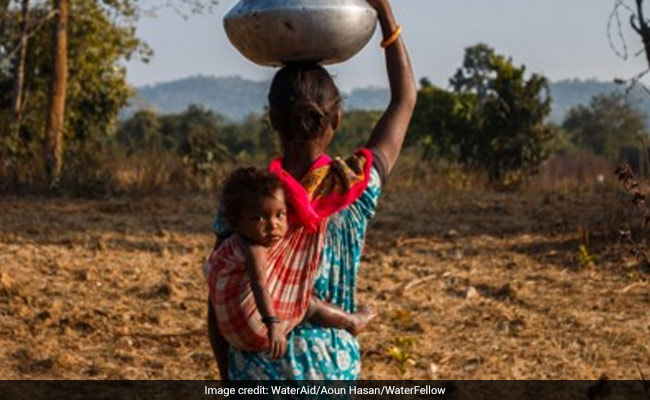 Women in the tribal villages of Gaya, Bihar walk for miles several times a day to collect water from sources like ponds and dug wells. A regular sight in these villages is mothers going out to fetch water but can’t leave their young children unattended at home so have to carry them along with the weight of the water. While the men in most families either work in the farms or as labourers in other towns.

Chandu Devi carries her 18-months-old daughter on her back and walks back to the village after collecting water from a dug well located around 500 metres from her hut. 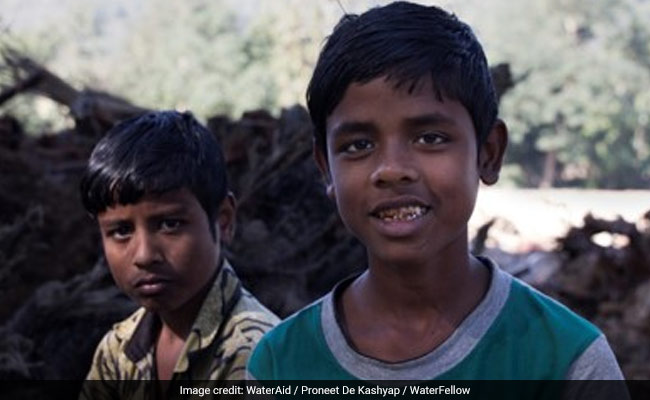 Brothers Amjad (13, front) and Rajib (11, back) in Tapatjuri, Hojai district, Assam are both affected by dental fluorosis. In Assam, over the last few years more than a hundred children have been crippled by fluoride contamination. Fluoride content in water varies from 5 to 23 mg/l, while the World Health Organisation permissible limit is 1mg/l.

As the WASH Photo Project 2018 culminates with the work of the fellows at this exhibition, their journey exploring, learning and documenting the reality of water from far-flung and hard to reach rural areas to discovering the water crisis in urban settlements across the length and breadth of the country has been most fulfilling and fascinating. The fellows have gone beyond their comfort zone to document some hard-hitting stories around access to water, how the lack of it affects women, the severe health implications of contaminants in water to realising that the reach of clean water is not equal for everyone, something which most of us take for granted.

With 600 million people facing high to extreme water stress and around 2 lakh people dying every year due to inadequate access to safe water, India is suffering from ‘the worst ever water crises’ in its history. She added,

Their work encourages everyone to start conversations on water – that despite being one of the most essential elements for the sustenance of life, how clean water is still a scarce resource and how millions of people struggle to access it every day. Taking the opportunity of World Water Day, we at WaterAid India hope that we are able to start a conversation to value water more amongst everyone, especially young people through this exhibition.

World Water Day is celebrated across the world by the United Nations including all the member nations on March 22 by implementing the UN recommendations as well as promoting the global water conservation through the real activities like promotion of clean water conservation, governments’ plan of action for water conservation and publishing critical reports that highlights the statistics and data on water. This year’s theme for Water Day is – ‘leaving no one behind’, which means every person should have access to clean water as it is their basic human right.