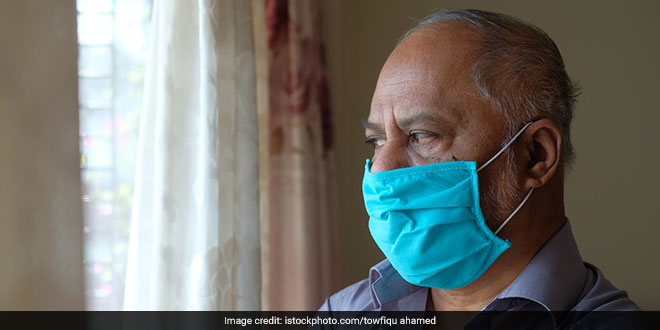 New Delhi: Wearing a mask while driving alone in a private vehicle is compulsory as it is a public place in the context of COVID-19, the Delhi High Court held on Wednesday (April 7) and described face covering as a ‘suraksha kavach’ or protective shield against the spread of the infection. Justice Prathiba M Singh refused to interfere with the Delhi government’s decision to impose challans for not wearing a mask while driving a private car alone, saying a vehicle even if occupied by one person would constitute a public place.

There are several possibilities in which while sitting alone in the car one could be exposed to the outside world. Thus, it cannot be said that merely because the person is travelling alone in a car, the car would not be a public place. “Wearing of a mask therein would be compulsory in the context of the COVID-19 pandemic,” the court said.

Masks are necessary irrespective of whether a person is vaccinated or not, it added. Justice Singh’s ruling and observations came while dismissing four petitions by lawyers who challenged the imposition of ‘challans’ for not wearing a mask while driving alone in a private vehicle.

The wearing of a mask is like a ‘suraksha kavach’ for preventing the spread of COVID-19, the court said, noting that a mask protects the person wearing it and also those exposed to him or her.

The wearing of a face mask was “one measure which saved millions of lives” during the pandemic, it pointed out.

The court further noted in its verdict that upon the outbreak of the pandemic, globally as well as nationally, scientists, researchers, international organizations and governments emphasised the importance of wearing facial masks to control the spread of the disease.

In the absence of a complete definitive cure, the world continues to wrestle with the pandemic. The challenge of the pandemic was enormous at the outbreak of the same and even with the introduction of a few vaccines, the emphasis continues to be laid on wearing face masks. The wearing of masks is necessary irrespective of whether a person is vaccinated or not, it said.

The lawyers, in their pleas, had contended that the District Magistrates who were vested with the powers to impose fines could not have sub-delegated the powers to others. Disagreeing with the contention, Justice Singh said that the definition of ‘authorised persons’ being inclusive and expansive in nature, District Magistrates were also vested with powers to further authorise any officers to issue challans.

The list of officers, who were authorised is broad and in the opinion of this court it has to be interpreted expansively and not restrictively….The challans have been issued by duly authorised officers. The prayer for quashing of the challans is thus not sustainable, the court said.

It further said that being lawyers and advocates, the petitioners “ought to recognise and assist in the implementation of the measures for curtailing the spread of the pandemic, instead of questioning the legality of the same”. Compliance of the measures by lawyers would encourage the general public to also comply with the same. During the proceedings, the Ministry of Health and Family Welfare, represented by advocate Farman Ali Magray, had told the court that it has not issued any direction asking people to wear masks in a car when they are alone.

The ministry said health is a state subject and the Delhi government has to take a decision on it. The Delhi government had told the court that wearing masks while driving an official or personal vehicle was made compulsory through an office order in April last year and it remained in force. It also said a private vehicle was held to be a public place by the Supreme Court.