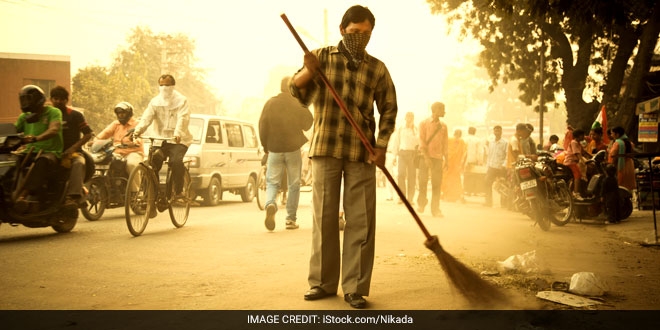 West Bengal is the only state not participating in Prime Minister Narendra Modi’s big cleanliness project Swachh Bharat Abhiyan, but it is pushing the cleanliness agenda with a campaign of its own. Recently the state government kick-started a special fortnightly drive for cleanliness from May 10. This is a 2-week drive and will get over on May 24, covering all the 125 municipality area across the state. The drive named as ‘Parichhannata Abhiyan’ aims to clear clogged drains, closure of open vats and removal of garbage littered on roads. Even though the drive is for 2 weeks, the state has asked all the district magistrates and municipal bodies to continue the work under this drive till the time of monsoon season in order to prevent the vector borne diseases.

According to the state urban development and municipal affairs (UD & MA) department officer, there is a release of additional funds for the cleanliness activity and the department has also rolled out integrated solid waste management projects in major urban local bodies of the state.

The cleanliness activity is a part of Nirmal Bangla project which was launched by Chief Minister Mamata Banerjee in 2014 along with Prime Minister Narendra Modi’s Swachh Bharat Abhiyan. While the Nirmal Bangla project draws financial support from the plans sanctioned to states under the Swachh Bharat Abhiyan, the state government has its own set of targets and rules when it comes to ‘Swachhta.’

More than 54 thousand of Individual Household Latrines have been constructed since the launch of Nirmal Bangla mission in 2014, according to the Ministry of Statistics and Programme Implementation report of swachhta released in 2016. West Bengal also has the highest percentage of households without drainage arrangement (29.9 percent) closely.

Unlike the Centre’s plan, which has set 2019 deadline to attain the title of Open Defecation Free, the West Bengal government has given each district the flexibility to declare the time within which they believe they can earn the ODF status.

Toilets Stolen In The Name Of Swachh Bharat Abhiyan? Activist Hints At Corruption